We’ve come a long way in the past twenty years. Look back to the turn of the century and chances are you’d have been waiting a good three minutes for this page to load. Perhaps you’d have passed the time by playing a quick game of Snake on your Nokia phone?

There was a time when Snake was the peak of excitement when it came to mobiles and entertainment (well… either that or programming your own ring tone, which if you’re anything like us, you were terrible at). There are even some people who still say that Snake and its sequel remain the pinnacle of mobile gaming achievements, even a full generation after they were launched.

Most people aren’t of that opinion though. Mobile gaming is in fact the fastest growing sector of the entire gaming industry. By the end of 2017 it represented 43% of the entire gaming market; almost half. That’s a phenomenal achievement from a division of gaming that didn’t even truly exist much beyond ten years ago.

As the sector has grown, so has the sophistication of the games, and the requirements they place on the technology that hosts them. Much as there is a charm in directing a two dimensional snake around a screen by pressing 2 and 8 on your keypad (remember keypads? How quaint), it doesn’t really compare to the feeling you get when you’re using your phone to immerse yourself in the augmented reality world of Pokemon Go. If you went back in time ten years and told the games developers of the time that the first truly popular augmented reality game would happen on mobile devices instead of conventional consoles, you wouldn’t have been believed.

Because mobile games, and the technology that allows them to happen, have advanced so much in recent years, we thought it would be helpful to put together a brief list of the best mobile phones for gaming. If you’re a heavy duty mobile gamer, the last thing you want is your battery dying too quickly, you screen displaying incorrectly, or processor issues making your game unplayable. You probably spend a lot of money buying a smartphone. You may spend even more than that on gaming. Let’s try to make sure that your purchase in one place isn’t being ruined by the purchase you make in another!

An important note here; when we say ‘mobile gaming’ in this instance, we’re talking about heavy-duty, processor and data demanding video game titles like ‘Battlegrounds’, ‘PUBG’, ‘Fortnite and the rest, rather than online casino sites or apps. Even though casino sites and apps are considered to be part of the mobile gaming world, and count towards its profits, the principles of a UK slot games website are different to those of an outright ‘entertainment only’ game; they make their interfaces as simple as possible in order to remain as accessible to as many players as possible. Having an overtly sophisticated website or app design actually gets in the way of a gaming site of that kind trying to do business, because it potentially prevents those who own more simple devices from logging on. You can access a good online slot website from any smartphone. If you want to get really involved in the mobile ‘Fortnite’ experience, you’ll probably want to pick one of the three options below; which, by the way, are not presented in any order! 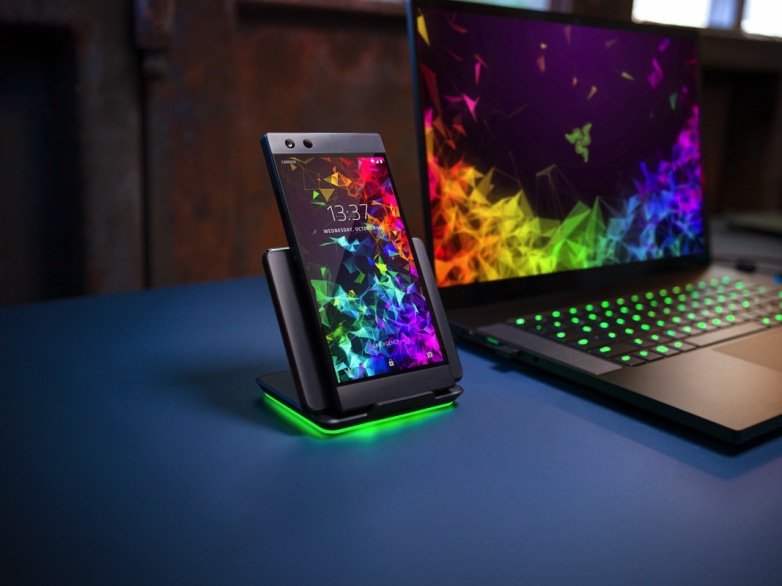 Razer, a brand as sharp and cool as their name suggests, are bang on trend when it comes to marketing themselves to gamers. They even describe this phone as being built for gamers by gamers, as if the normal telephone functions of the device were completely unimportant.

There’s plenty going on with the device that makes that claim a strong one, though. The resolution is a crystal clear 1440×2560, displaying at 513 pixels per inch on the 5.7inch screen, all with a refresh rate of 120Hz, meaning there shouldn’t be a single frame of animation missed anywhere. Doing all the heavy lifting is a Snapdragon 845 processor backed up with 8GB of RAM.

In short, there hasn’t been a game developed for mobiles yet that this beast can’t handle. An average price tag of £700 might put a few people off, although that is the going rate for a hi-spec phone these days. 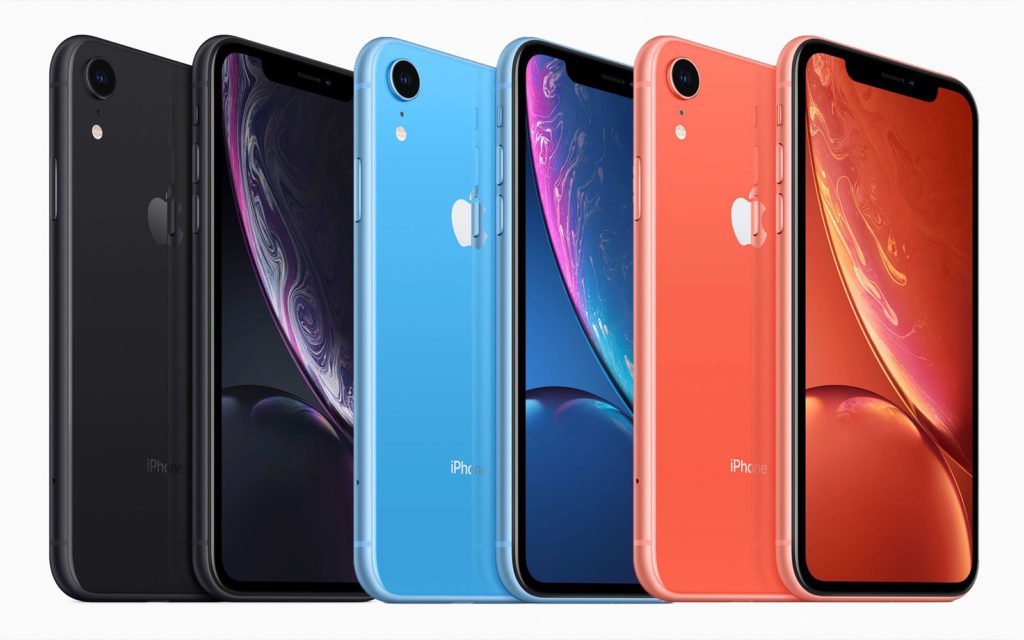 For those who will only buy from Apple and can’t be persuaded to look elsewhere, this is probably the best option. The bumper-size Apple iPhone XR is more than capable of dealing with most things that modern mobile gaming can throw at it.

It’s a solidly built unit with excellent battery life, and of course has the bonus of being connective with any other bit of Apple tech you might have lying around at home. The screen is larger than the Razer option, coming in at 6.1 inches albeit with a lower resolution of 828×1792. The ultra powerful Apple A12 Bionic processor should mean you don’t experience any slow-down issues whilst gaming, although the 3GB ram feels like a paltry offering compared to the 8GB in the Razer phone.

Much like the Razer Phone 2, you can expect to part with a minimum of £700 if you want to take one of these home; unless, of course, you’re taking it on contract. 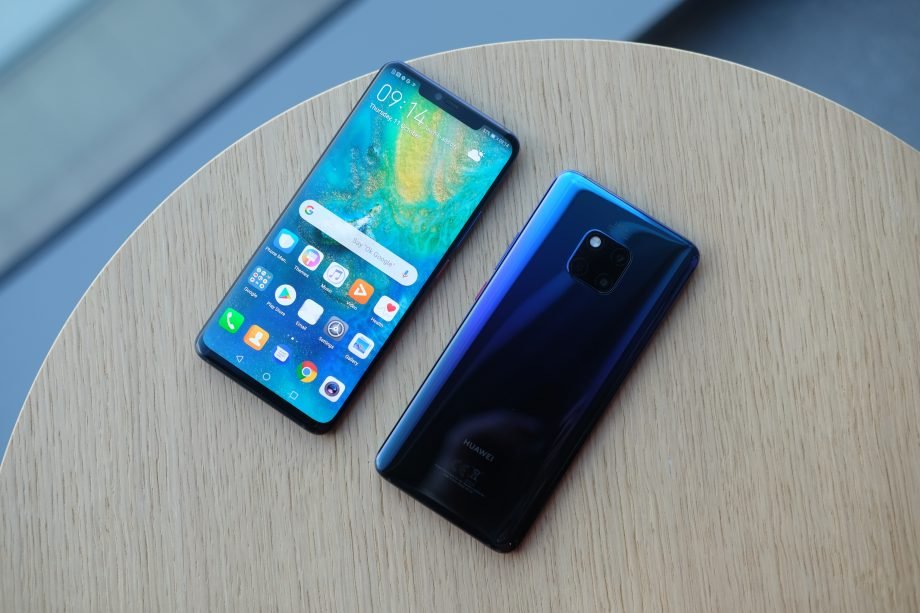 We know Huawei have had some negative press recently, but they do make some of the greatest phones we’ve ever seen. The Mate 20 Pro is no exception. In fact, it might even be our favourite. We know we said we weren’t going to have one, but let us explain why.

The Mate Pro 20 contains a Kirin 980 processor; easily equivalent to what’s inside the other two options we mentioned; and 8GM RAM. That means that, at worst, it’s achieved parity with the Razer 2. Now factor in the fact that the battery on Huawei phones lasts forever. In the case of this one, it’s a whacking 4,200mAh. That should last you all day. As for the screen size? 6.39 inches. It’s got a larger display area than either of the other phones, and a 1440×3120 resolution that blows both other phones out of the water again. As gaming phones go; you might be able to make arguments that other options are capable of equaling it, but it certainly can’t be bettered.

There does, of course, have to be a downside. The Huawei Mate 20 Pro is still at the upper end of the pricing scale. We’ve seen it as high as £900 in some places, and never lower than £850 brand new. Quality always attracts a premium. Only you can decide whether it’s worth that much of your cash!

KFConsole Shown Off by KFC and CM, Apparently Unironically

Michael Thomas - Dec 24, 2020 0
The KFConsole, a gaming PC with a built-in chicken-warmer made by Cooler Master, is a cherry on top of what's been a very weird year.
Go to mobile version
%d bloggers like this: