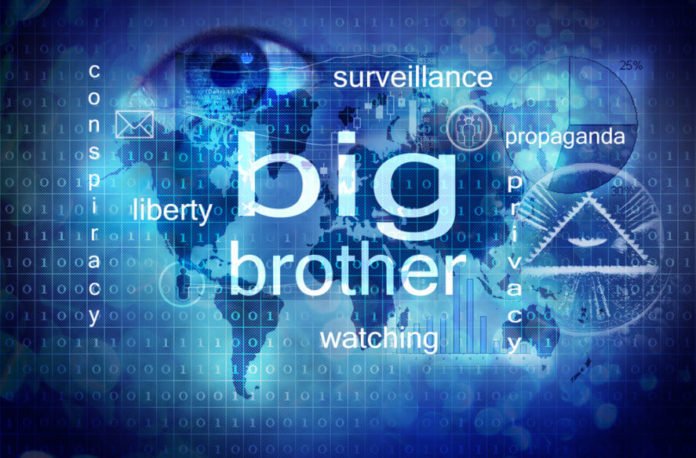 With amazing streaming services such as well TV channels such as BBC, UKTV, and Sky, Great Britain looks set to offer viewers with the best programming ever. Nonetheless, harsh censorship blocks and geo-restrictions imply that anyone living outside the UK can’t access those channels.

But currently, there are various VPN services that are able to overcome these limitations with a considerable degree of reliability. You won’t only be in a position to sidestep restrictions which result from your geographical location, but you’ll also safeguard your identity as well as online information.

Getting an Absolutely FREE VPN for One Month

There are numerous providers that offer the quickest connections plus security features, but what should you do to unblock UK channels abroad? To answer that question, here are the features you should be looking for:

Swift connections – Most VPNs tend to slow down your internet connection. And this can be extremely annoying, especially when you’re trying to stream or download content. To enjoy UK channels anywhere in the world, consider choosing a provider that offers fast connection speeds and zero limitations on bandwidth plus server switching. A VPN will assist you to get a British-based IP address. But this is only possible if the VPN provider owns servers in the country.

Encryption – To boost your privacy and protect your information from the government as well as ISP snooping, you will need a comprehensive service with military-grade encryption like 256-bit AES. Choose a VPN provider that utilizes top-of-the-line encryption to provide users with reliable security. Also, you can get a British IP address from any country and watch your TV in style.

Logging policy –From the government to your local ISP, anyone can tamper with our data if they’re really determined to. To protect your activity logs as well as personal information from getting into the hands of such unauthorized people, you will need a VPN featuring a solid zero-logging policy.

Device compatibility– If you want to enjoy UK programming, ensure that the provider you pick offers an extensive range of device availability, which means that it has numerous dedicated apps for various operating systems and devices.

According to research, it has been shown that the following providers provide reliable and super-fast connections that allow viewers to seamlessly watch UK TV channels while also prioritizing their security and privacy throughout the whole experience.

ExpressVPN is one of the best VPN options for watching UK TV programming abroad. It combines both speed and outstanding security. With a server network featuring over 2,000 proxy servers in about 94 countries, ExpressVPN will allow you to easily connect to various locations in the globe, including the United Kingdom. The servers are remarkably powerful and offer buffer-free streaming, seamless browsing, as well as fast downloads. All these features make ExpressVPN an excellent choice for streaming video files.

Even more, the VPN is extremely easy to use and can be accessed through all major operating systems plus devices such as Mac, Linux, iOS, game consoles, routers, and Android. Though the provider mainly focusses on speed, it’s also advanced in its security offerings. Data is always secured with high-tech 256-bit AES encryption. In addition, ExpressVPN utilizes some of the most effective no-logging policies available in today’s market. Plus, it features outstanding IP addresses and DNS requests.

Other interesting security features include automatic DNS leak prevention capabilities and kill switch, which plays an important role in ensuring that you don’t get disconnected.

NordVPN is popularly known for its greatest server network. It comprises of 5,200 servers in over 62 countries. This level of server availability implies that you’ll have countless choices when it comes to optimizing your VPN connection.

Even more, NordVPN provides a wide range of specialty servers that are appealing to advanced users. They include anti-DDOS, dedicated IP addresses as well as double VPN which help beat Internet Protocol (IP) blacklists that most channels utilize for blocking foreign streamers. The provider utilizes 256-bit AES encryption, hence ensuring that your data is fully protected.

Encryption protocols include TCP, OpenVPN’s UDP, and the super-fast L2TP that’s perfect for streaming and downloading. For further protection of data, NordVPN employs outstanding zero-logging policies, ensuring that no logs get stored on traffic, bandwidth, IP addresses, browsing history, and timestamps. This won’t only help you beat overcome hardcore censorship, but will also keep you plus your data anonymous at all moments.

CyberGhost is an incredible choice for those who want a smooth way to enjoy TV content from anywhere in the world. The provider offers dedicated apps for various devices and operating systems, which include Linux, Windows, Android, and Mac OS. After downloading and launching the app, you’ll be provided with 6 simple configuration profiles, including ‘unblock basic websites’ as well as ‘unblock streaming’. Both of these configuration profiles will automatically apply the necessary settings for the case and you won’t need to set up anything manually.

Aside from being easy to operate, CyberGhost is extremely powerful. It has a server network of over 3,100 servers in 59 countries. 392 of the servers are based in the UK, so you can be sure that you’ll have unlimited access to an extensive range of connection options every time. Whether you’re traveling, relaxing at home, or working in the office, you’ll have the freedom to watch your favorite films as well as TV shows.

PrivateVPN is another great option for streaming UK programming anywhere in the world. Regardless of the fact that this server network is quite smaller as compared to other providers, its nodes are extremely powerful and offer outstanding bandwidth as well as processing power. There are about 100 nodes in 57 different countries. Plus, the server distribution means that you can easily access any IP you need, including UK ones. When that’s combined with the free remote setup, it becomes extremely easy for viewers to enjoy any UK channel without much hassle and effort.

In addition, PrivateVPN supports 6 simultaneous connections, allowing you to share data/information with other household members as well as multiple devices. Besides, there aren’t any limitations on speed, bandwidth and server switches. This makes it possible for you and your family members to stream UK’s programming to your satisfaction.

PrivateVPN is also very secure. This is because the service utilizes AES-256 encryption featuring 2048-bit keys. And this offers optimal protection to your data. This includes interests emanating from the government, ISPs, as well as cybercriminals. With one of the most effective no-logging policies, you can rest assured that no third party can access your data without your approval.

Designed by Chinese developers, PrivateVPN utilizes the SOCKS5 protocol which was specifically created for the location.

If you reside in a country with rigorous censorship laws, PureVPN can be a solid choice for you. It offers exceptional security features at no additional cost from your side. Plus, the provider, utilizes military-grade 256-bit encryption to safeguard your data and information. This is usually bolstered by the Ozone technology which adds an additional layer of protection to your identity, data, as well as the device. In addition to the powerful security features, PureVPN provides viewers with an impeccable zero-logging policy that stops governments plus corporations from realizing that you are streaming from outside the United Kingdom.

It’s no doubt that PureVPN is an amazing choice for streaming as well as watching UK content. Featuring over 2,000 servers in over 140 countries, viewers have the option to connect to numerous Island servers and get to watch everything they’d like. Bandwidth is unlimited implying that you can comfortably download and browse worry-free. Even more, dedicated streaming servers are available and are optimized for quick connections, offering you seamless viewing experience.

The servers featured in PureVPN support 1Gbit connection speeds, which saves you the agony of lagging and buffering delays. Furthermore, PureVPN can be accessed as a browser extension or a mobile application and comes with dedicated apps that are compatible with television devices and routers.

Why Channels from the UK Are Blacked Globally

Most British TV channels are blocked internationally, meaning that those who live outside the UK don’t have free access to their programming. Broadcasters lack international copyrights that could make it easier for them to air content across the entire world. From advertising slots to the real programs, harsh contracts are signed between the advertisers and copyright holders prior to the content airing.

Streaming UK content internationally hasn’t always been an easy thing to do. But with the help of cutting-edge VPN networks, things have been made even easier. You can now choose a reliable VPN network and stream UK television programming without much hassle. Pick one of the above VPN networks and enjoy unlimited access to UK’s TV streaming anywhere in the world. Whether you’re like to settle for the PrivacyVPN, CyberGhost, ExresssVPN, NordVPN, or PureVPN, you’ll always enjoy fast seeds as well as optimal security and safety.

Is it Time For NVIDIA to Announce The GTX 1080 Ti?

Tom Griffiths - Feb 22, 2017 1
With NVIDIA’s GTX Gaming celebration just around the corner, they have now started a countdown to the big event, stating “it’s almost Time” for the “Ultimate GeForce”.
Go to mobile version
%d bloggers like this: