The Consumer Electronics Show 2017 arrives on January 5th 2017 and I think we will be seeing some pretty exciting things.

There have been so many teasers during the final weeks of 2016, AMD have been showing off Ryzen and a hint of Vega.  I am excited at the prospect of AMD throwing down to the marketplace, it should hopefully combine better pricing with the push for both AMD and Intel to produce better products rather than dripfeeding improvements.

Intel have been fairly quiet about their latest Kaby Lake processors and 200 series chipsets, but the internet is buzzing with NDA laden hints. I think we can expect some amazing results from these CPU’s even if they are only a refresh.

Nvidia has also been quiet with not much else other than rumours propping up expectations for 2017, but it would be foolish to think they wouldn’t at least have some announcements to grab some limelight in Las Vegas.

Monitors are set to become a hot product in 2017 with panel technologies improving offering insane refresh rates at high resolutions, I am hoping to see well priced 100Hz + 4K monitors, ready for any GPU’s that may show up to take advantage of it.  I don’t think AOC are quite finished with their AGON lineup.

VR will continue to be heavily promoted, I think we can expect to see more all-in-one systems designed to free the user from wires, such as MSI’s excellent VR ONE.  The main thing I would be hoping for is the announcement of next generation VR headsets, offering improved refresh rates, resolutions and headtracking for a smoother experience.

Network technology is also being given a boost for 2017, expect to see 10GbE ethernet become more prevalent along with improved WIFI setups aimed at maintaining a faster more stable connection around the home.  New routers from the big players with faster ports for the new motherboards that are about to arrive. 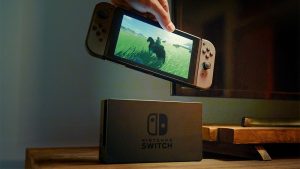 Consoles as usual will play a big part at CES, we can expect the main players to be showing off their latest hardware and it’s capabilities.

Sony have already released their Playstation Pro as a boost to their current catalogue along with providing a better Playstation VR experience.

Microsoft may hopefully announce something about Scorpio for their Xbox lineup but there are rumours this has been pushed back further, which could be a good thing if they are focusing on delivering better hardware so that it is a real improvement over the Xbox One.

Nintendo are probably the hottest console topic with their Switch and it’s rather cute controller, a new portable product from them is overdue and the capability to use it as a home console is a nice bonus.  As usual raw competitor beating performance won’t be at the top of their list, hopefully Nintendo has a fantastic catalogue of games to propel their console through a very difficult portable market that includes high performing mobile phones and tablets. 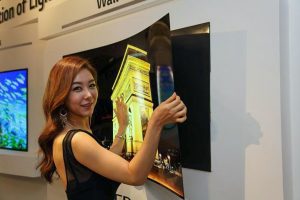 The very latest Quantum Dot screens from Samsung, crossing fingers for more affordable OLED from LG, Panasonic going for IPS panels, which I personally think is quite a smart move.  Budget manufacturers will probably also be present, Hisense have been marketing heavily over the past year along with gathering great reviews for their panels.

Blu Ray will likely be heavily promoted in 2017 showing off 4K players with many new releases and classic remasters showing off incredible detail. 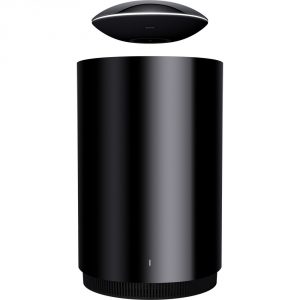 2017 is shaping up to be quite a good year for audio, Levitating speakers are inbound, I have no idea whether they will offer anything to the sound but they will sure look futuristic.

Soundbars usually the minimum crucial element to add to TV viewing on those incredibly thing panels, should see improvements in sound projection, Dolby Atmos is something I would like to see being affordable.

Vinyl continues to make a comeback with Technics re-releasing an audiophile grade SL1200 deck beyond the reach of many of it’s previous customers, I think we might see an SL1200 ‘classic’ announcement to compete the the plethora of Hanpin manufactured decks from the likes of Pioneer and Reloop, this would be welcome news.   More standard home turntables are also expected as this method of collecting music grows.  There’s not DRM on vinyl and the sleeve artwork is often just as good as the music.

Home sound systems will no doubt continue to be dominated by digital streaming players, with speakers that can be placed around the home offering pretty good quality sound without a huge stack of components.  I do however miss the days of stereo stacks so to see one incorporating the trend for a record deck along with a DAB radio and 4K Blu Ray player would make a fantastic living room centerpiece, I suppose we can all dream.

Headphone technology should be well represented, many higher end manufacturers embracing wireless bluetooth technologies to give wearers more freedom without compromising on sound quality.  These also invade into the gaming market for both PC’s and Consoles where high quality headsets are becoming crucial to the gaming experience.  I expect the likes of Sennheiser to really bring it to the existing gaming headset stable. 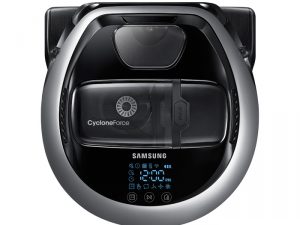 The rise of the machines, is very much underway, we will see more and more smart devices entering our lives in 2017, CES will no doubt showcase some of the smartest home tech yet, with Alexa style personal assistants linking up with other internet of things devices to take many mundane everyday tasks out of your hands.  I for one welcome our new technological overlords…..er I mean companions.

Demonstrations of self driving vehicles and AI upgrades to existing vehicles could be expected with the aim of improving safety on the roads.

Robots will be making an appearance, in addition to self driving cars, there will likely be the usual house cleaning systems, along with lawnmowers and kitchen assistants.  This could be an exciting year for robot technology and I am eager to see what is on show.

Don’t forget everything else.

As a PC and gaming enthusiast I have of course focused this article on the things that will be grabbing my attention.  There are however many more categories at CES 2017, with products, reveals and announcements from many different sectors.  It is a vast event but worthy of a good look.  I will certainly be getting excited about my favourite exhibits, be sure to check out the CES website for details on all the different categories available and rest assured CES coverage by Play3r will keep you informed.

So fingers crossed for a great event full of things we are all going to want to throw our wallets at.

Is it Time For NVIDIA to Announce The GTX 1080 Ti?

Tom Griffiths - Feb 22, 2017 0
With NVIDIA’s GTX Gaming celebration just around the corner, they have now started a countdown to the big event, stating “it’s almost Time” for the “Ultimate GeForce”.
Go to mobile version
%d bloggers like this: