It’s hard to imagine a world without mobile phones, but it wasn’t that long ago when people had to rely on reading a newspaper or staring at the world for entertainment while travelling to work or eating their lunch in the park. Thankfully, those days have been and gone, and we’re now able to use our mobile phone to stave off boredom whenever it looms throughout the day.

Every smartphone owner will have a variety of go-to apps they turn to when they need to kill time or take a break from work. But many of these are the basics and now a bit passé: social media, emails, news or looking at photos. One area of mobile apps that has really grown in popularity in recent years has been with mobile gaming, with over 60% of us now regularly playing a game on our phone.

If you’re looking for something new to add to your app list, here are some gaming genres you should consider.

Perhaps the smartest game you can play, not to mention competitive, is Word With Friends. Pitting you against a player matched on ability levels from anywhere in the world, this game is a test of vocabulary that has become a real leader in its field. Other games, such as Wizard, have been created by neuroscientists from the University of Cambridge as a way of keeping the brain sharp and improving memory – all while keeping you entertained on the go. 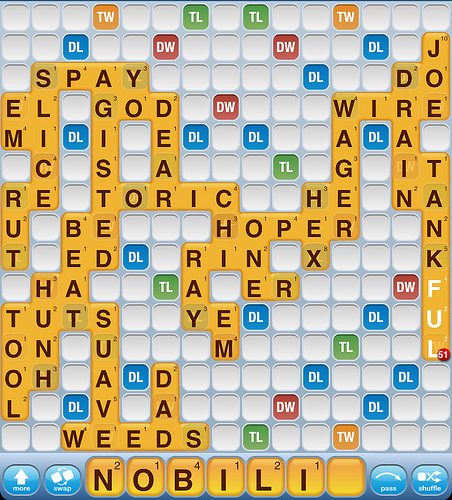 In terms of genres, medieval games have been popular from the very start. On the back of the huge success of Game of Thrones, apps such as Clash of Clans and Imperia Online have gained sizeable fan bases. It’s a similar story with video slots. iGaming hub RoyalSwipe.com is home to wide selection of medieval-themed games, including titles such as Fortunes of Sparta and Gladiator of Rome. The former, for example, is a 5-reel, 25-payline entry that features a Greek battle theme, sophisticated graphics and the Spartan Streak mini-game.

When it comes to games, racing is and always will be one of the most popular genres. This is why there is a huge selection of brilliant games available. Real Racing 3 might not be the greatest game in terms of graphics and overall gameplay but it remains one of the best free-to-play driving sim games. Taking control of a variety of real-world cars, players race around iconic racetracks from across the globe; be it standard races or time trials.

We’ve certainly come a long way from Snake, and that’s nowhere more evident than when you take a glance at sports games. With some of the gaming industry’s most best-selling games such as FIFA 17 or Madden NFL now available to play on your smartphone, gaming fans don’t have to drastically compromise on quality of graphics or gameplay. While early versions might have had limited options available, you can now compete in tournaments and career modes, as well as playing against friends.

Tom Griffiths - Feb 16, 2017 0
So it’s official, On March 2nd The AMD Ryzen CPU line up will be released! This has been a very large and highly awaited project from AMD and here at Play3r we are very much looking forward to putting these CPUs through their paces.
Go to mobile version
%d bloggers like this: