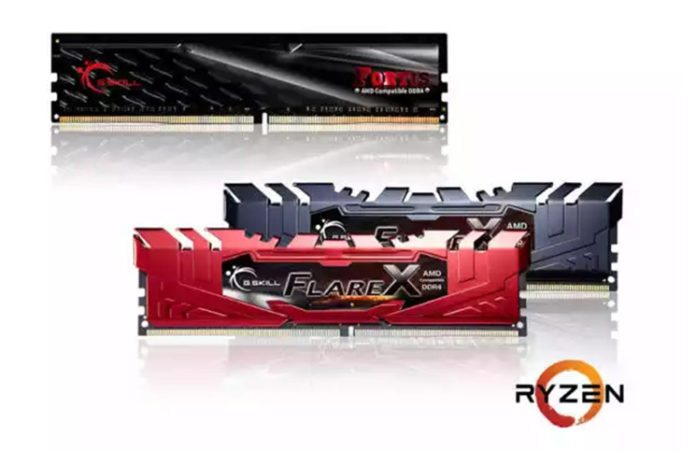 G.Skill have been in the memory business for quite a while now and in the past have released quite a few different memory lines. The newest lines they have announced will be the first Ryzen dedicated RAM kit, these two memory lines are to be called the FlareX and FORTIS series.

The first series G.Skill will bring out is the FORTIS line, these memory kits are designed to be the cost effective option for the gamer wanting to build a good system without spending too much of the budget on memory alone. Don’t totally overlook the FORTIS line though as G.Skill have shown that even their budget options are capable of some impressive overclocks.

The second series from G.Skill will be their FlareX line, is for the person wanting to get the very best RAM available designed to offer the best overclocking performance, these kits are also planned for release with much higher clock speeds than the FORTIS line with speeds of DDR4-3466Mhz being planned.

G.Skill have said that their distribution partners should have these Ryzen designed kits available this month and we are looking forward to seeing their prices when they are announced.

Let us know your thoughts on the new G.Skill Ryzen memory below.

Tom Griffiths - Mar 3, 2017 0
The first custom design GTX 1080 Ti cards have already come to light, Asus have announced they will be coming out with not one, but two custom GPU designs.
Go to mobile version
%d bloggers like this: