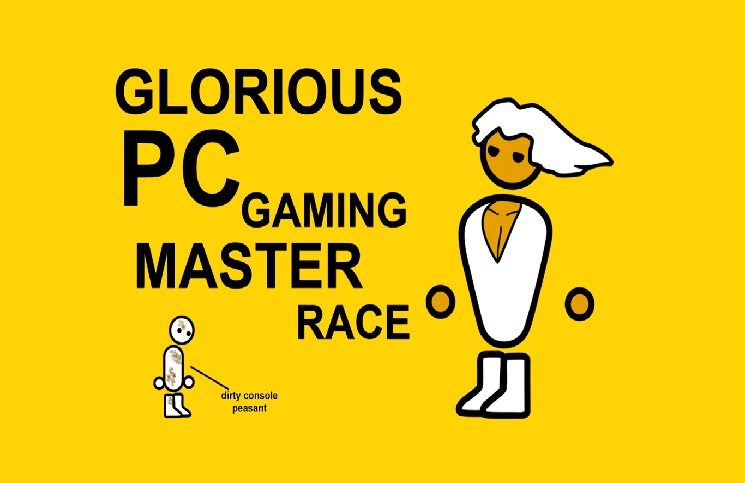 “What quickly becomes obvious is that Witcher is very much a PC-exclusive game, which are typically designed to be as complex and unintuitive as possible so that those dirty console-playing peasants don’t ruin it for the glorious PC-gaming master race.”

The glorious PC master race! What started out as an ironic term used to poke fun at an intolerant attitude held by some PC gamers, has since changed to become an expression of pride used by PC enthusiasts around the world.  Enthusiasts – who view their gaming platform as superior to traditional video game consoles due to its upgradable nature – have embraced this and use it to flaunt their superior machines with higher framerates and 4K resolution gameplay amongst other things. On the flip side of this we have the ‘dirty console-playing peasants’. Those who have decided that gaming for them isn’t done with a keyboard and mouse, but rather a controller connected through a console to a TV. On a regular basis you see various posts across social media from both PC gamers and console gamers deeming that they are better than the other for various reasons.

I have experience with PC gaming and with gaming on various consoles. I can trace my console gaming history from my current Xbox One back through some iconic consoles including: PlayStation 1, the original Xbox, and even further back to the Sega mega drive. I have been gaming for around 22 years now, and have played a vast range of content on both PC and consoles throughout this time.  However, I wouldn’t call myself a gaming expert or a pro gamer by any means, but one thing I know for certain is that I am a gamer at heart. In general, any free time I find between looking after my family, work, and trawling the dark reaches of the internet for tech related news, I spend gaming.  When it comes to choosing what I am going to play, considering which format I will play on is a major part of the decision process. Another important part of deciding how I am going to game is how I am feeling at that point in time. Whether I’m tired, stressed, just wanting a quick fix or planning a longer session all come into play.

I feel that when I am going to game on my PC, I do so knowing that I will be “in the zone” and that I will be able to focus my entire attention at the game. My PC gaming habits tend towards games that involve creativity, such as Kerbal Space Program and Minecraft, or more social based games including MMO’s like Guild Wars 2 and in a previous life World of Warcraft. While playing these I tend to be attentive, sitting upright, leaning forward over my keyboard and mouse (I’m still working on my posture) and with my headset on. I know that am able to sit and enjoy myself, just me and my game for a couple of hours of uninterrupted gameplay. This is my perfect PC gaming experience, finding that last diamond for a set of armour or overheating during re-entry in my amusingly designed space plane. For others it may not be so, the frantic clicking of League of Legends or the task of balancing the development of armies and city growth in Civilization are their thing, but each to their own, and I respect that. However, when I make the decision that I am going to play on my Xbox it is for entirely different reasons. When I choose my console for gaming, it tends to be after a long day in the office or if I just want that quick 20 minute gaming fix before heading out to collect my kids from day care. To match this, the games that I play on my console are games that can be picked up and dropped at any time, games where it doesn’t matter if I need to pause and leave for a few minutes. I have games like Dragon Age: Inquisition and other games which require 100’s of hours to fully complete, and I find that the “pick up and drop” attitude is what I desire from my console. Due to this my console gaming experience is entirely different from when PC gaming, and so is my posture. I tend to sit back on the sofa, sometimes with my feet up, perhaps even lying down. To me, my console gaming time is my time to chill out, to relax, 5 minutes away from a busy day just to unwind, to be someone else for a second before reality crashes back in around me.

What I propose is that neither side is the outright winner in the domain of gaming. Neither is better than the other, each has a place in a gaming lifestyle. I know not everyone will agree with my conclusion but I believe that gaming on both PC and console can co-exist side by side. Each has its own use; its time and place in an everyday gamers lifestyle. Again, this will not be everyone’s cup of tea, but it works for me.

What do you think?  Let us know!

The Kit Required For The Complete Gaming Experience

Play3r - Feb 22, 2018 1
All of the components that go into a gaming set up can really make the difference between a good experience and an unforgettable one.
Go to mobile version
%d bloggers like this: