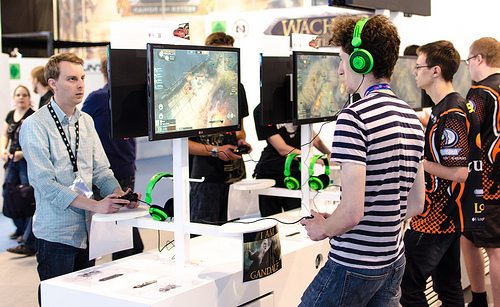 Like any Nintendo console release, the reasonably strong launch of the Switch, which has outsold the Wii so far has once again created plenty of discussion about what the future holds for gaming. Among the many interesting aspects of the system is how, like the Wii, it seems to be tailor-made to bring people together. So much so that the controller even splits into two so you can play with a friend. Nintendo does seem to take social gaming quite seriously.

It is perhaps just the latest in a long line of examples of how the gaming industry has chipped away at the classic stereotype of gamers being sat in dark rooms huddled over a console on their own. The modern view could not be more different though, with the internet undoubtedly playing a huge role on that front. Quite simply, the ability to play games in real-time with other people – whether it is in person or online – is now a requisite for many. This idea of |live gaming” is an amazing phenomenon of the past decade and is happening in pretty much every genre.

Many people like live gaming as it offers an authentic experience which computer-generated opponents and outcomes cannot offer. This is particularly evident in the world of online gambling, where sites have used the rise of live video to provide players with an experience which is as close as possible to being in a casino in your own home. This can be seen in live casino games from an industry powerhouse, William Hill, where real-life dealers present the action via a video stream. Not only does this mean you can see the game unfold, but you can also interact with the host and have a little bit of banter. This is not just an option offered on a handful of games either, as William Hill offers live dealer versions of roulette, blackjack, baccarat and poker, as well as their Macau and Mayfair variations.

If spending money on mobile games is more your thing, there are plenty of real-time experiences in that area too. Massive multiplayer online games, or MMOs, are all about bringing people together with Clash of Clans perhaps being a now classic example. The games revolve around players either teaming up or taking each other on in order to further their causes, in this case building villages and securing resources. There’s the opportunity to forge new relationships, as well as tear them down.

This idea of people collaborating or doing battle has of course been around in gaming for aeons and perhaps no console gaming series best showcases this than Call of Duty, Infinity Ward’s classic franchise, which started all the way back in 2003. While each title always has an ambitious and action-packed single player mode, a huge number of people are drawn to the games simply due to the wealth of multiplayer options. You can do battle with people in a range of locations with a number of weapons, all while taunting them via your headset. 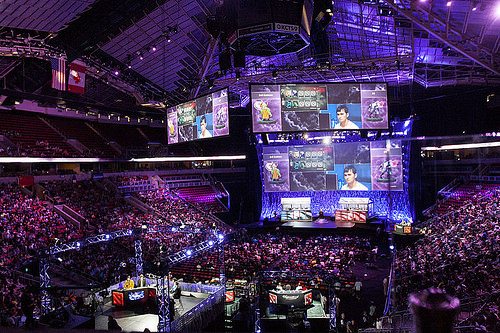 All in all, it is probably unsurprising that this obsession with taking on real-life rivals in games should lead to people doing it for money.

eSports is a now a massive area and is perhaps the pinnacle of live gaming, with professional gamers competing in proper tournaments and competitions. Remarkably, recent research suggested the concept will generate $696 million in revenues across this year, with much of the growth linked to ads and sponsorship.

On this note, it was interesting to see the NBA recently announce plans for its own official eSports league. Set to launch in 2018, it is thought the move is being made purely as the organisation believes eSports could be the main way that many people interact with the game in general going forward.

The idea that a traditional offline sport could eventually be usurped by its gaming equivalent is mindblowing, but it does show where live gaming is going. With virtual and augmented reality technology also continuing to evolve, it is likely that we are going to be playing together in a variety of ways for many years to come.

Tom Griffiths - Feb 25, 2017 0
With every new driver release there come the inevitable upgrades and improvements but in a somewhat unexpected move AMD removed Windows 8.1 32-bit from it's supported list.
Go to mobile version
%d bloggers like this: