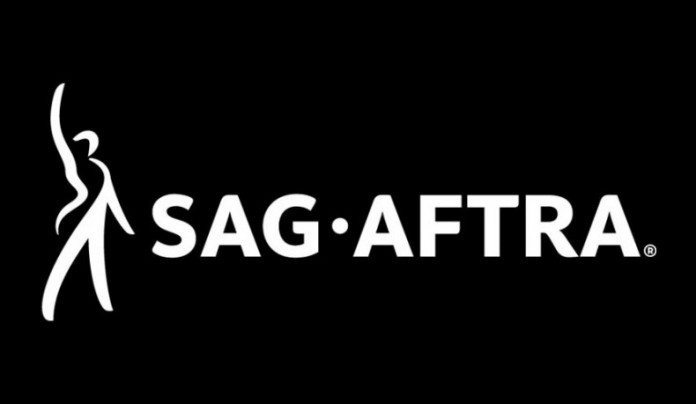 When you think of a game, what is the first thing that comes to mind about what makes it good? Graphics? Story? How many hours it takes to complete? One thing that may not be on this list for a lot of people is the voice acting. However, voice acting is an integral part of any game, it’s something that can make or break a title (remember Peter Dinklage fiasco in Destiny). It can take a lifeless fictional character and make it come to life, give them a soul and make them seem real. Unfortunately the people who work behind the scenes on this have had enough, they have banded together and taken action with 96% of the Screen Actors Guild – American Federation of Television and Radio Artists (SAG-AFTRA) union members voting in favour of strike action. This is not saying that they definitely will strike; only that should negotiations between SAG-AFTRA and the actors’ employers collapse then they have the backing of the union to go on strike.

Voice actors are unhappy because they have made efforts to negotiate better contracts for themselves, but their employers rejected every proposal that was put on the table. They have asked video game companies to hire stunt safety coordinators to protect their well-being while they are recording performance capture. Motion capture has been a game changer (pardon the pun) in recent years, allowing the industry to bring to life characters by allowing talented performers to use their voices and their movements to create a realism that was unheard of. Voice actors are asking to be brought in line with live action film or television, as there is always a professional stunt coordinator on set to ensure that nothing goes wrong and nobody gets hurt. To be honest I think this is only fair, as some of the work that they are doing can be dangerous, especially if there are fight scenes involved in the recording.

They also asked for their employers to share the actual name of the games that they are working on, and to outline the nature of the work entailed in advance of accepting the role. I can understand why they consider this important, but can also see it from the side of the game developers. Secrecy in the games industry is paramount, and the desire for studios to protect their upcoming releases is of great importance, as something leaking too early could potentially ruin how the game is perceived by the masses. Although I take the side of the voice actors on them being provided what the nature of the work is in advance; perhaps the actor has a moral objection to the content of a game or they would refuse the job if they found out their role was just one scene of dialog, followed by page after page of call outs, being delivered by several different characters. I believe that they should be given enough information about the required role before having to accept it, as taking a job without knowing what it entails defies common sense.

The actors have also requested that they receive performance bonuses when a game sells a certain number of copies. This one is a bit of a touchy subject I suppose, as without the actors the game wouldn’t sell as well, but in that case we could also say that for the programmers, and artists, and pretty much everyone that has made the game what it is. I think that this is a bit of an unrealistic request on behalf of the voice actors, but it will be down to how well the union is able to negotiate with their employers to see what they can make of this.

The actors are also asking for a limit of 2 hours per session when the work is considered vocally stressful. To most people this sounds a little silly, I personally have worked in a call centre environment and I can tell you that when you are constantly speaking it can really get to you. It can be both physically and mentally draining. They are not asking that every session be limited to 2 hours, only those that demand more stress to be put on the voice, say perhaps raised voices, shouting or screaming, an example would be doing voice-overs for games like Call of Duty. Wil Wheaton however has a good argument for this one, he asked in his blog for people to passionately read aloud 20 pages from your favourite book, go back and do it again slightly different a few more times, this should take about 4-5 hours, at which point he asks you to read a sample of a few lines from a fictional game. He asks you to do this multiple times over for several characters, and after all of this he asks how your voice is. If you have completed this, it would be an example day in the life of a voice actor, I for one would not be able to do this, and I know that my throat would be in agony. The kicker to all of this is that the voice actor can be fined $2,500 if they show up late for recording or are not “attentive to the services for which they have been employed.” Essentially they could be fined for checking a text message or posting a tweet, or Facebook status.

I can see why they want things to change, as it appears that they are having a tough time in the voice acting business. However I do not agree with all of what they are asking for, but at the end of the day it will be a negotiation, both sides will have to give and take a little to reach a compromise. Failing this a strike action could be called, for a large developer this could mean serious delays in the production of their games, and in a worst case scenario possible delaying of release dates. The financial implications of this happening would be severe, so in my opinion it would be in their best interest to resolve the issue as soon as possible. Anyone like to try Wil Wheaton’s challenge? I for one will be giving it a miss how about you?