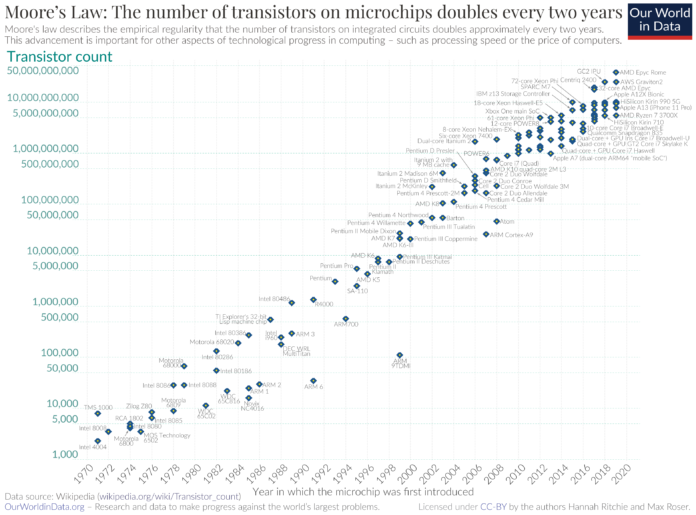 In 1965, Gordon Moore, the co–founder of Fairchild Semiconductor and Intel, made a now–famous observation that the number of transistors on a chip doubles approximately every 18 months while the cost of a transistor drops by half. This trend, informally known as “Moore’s law,” has held true for over 50 years and continues to drive rapid improvement in semiconductor technology.

Moore’s prediction has profoundly impacted the electronics industry, enabling continual improvements in performance and cost-efficiency. As a result, the capabilities of electronic devices have improved at a fantastic rate, and consumer demand for these devices has grown accordingly.

Since the 1970s, Moore’s Law has been one of the most important forces shaping the information technology industry. Named after Intel co–founder Gordon Moore, Moores Law predicted that the number of transistors per integrated circuit would double approximately every two years. This prediction has proved to be largely accurate and has profoundly impacted the digital age’s development.

As transistor counts have increased, so too has the power and performance of digital devices. Moores Law has driven a relentless cycle of innovation, resulting in ever–more–powerful computers, smartphones, and other devices that have revolutionized our lives. However, Moore’s Law is now reaching its limits.

As transistor counts continue to increase, the costs of design, manufacturing, and testing are also rising rapidly. This is making it increasingly difficult for companies to continue to shrink transistor sizes and increase transistor counts at the same pace as in the past. As a result, there is a growing consensus that Moore’s Law is coming to an end.

But while the days of exponential increases in transistor counts may be over, the impact of Moore’s Law will continue to be felt for many years to come.

This article was generated by Open AI 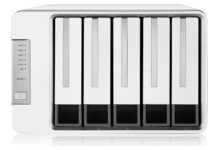 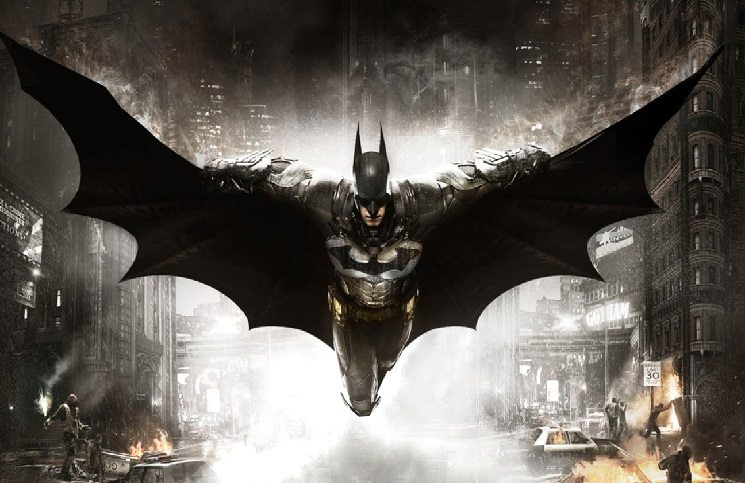 Play3r - Jul 14, 2015 0
Batman - is this the end of what has been a Dark Knight for Warner Brothers?
Go to mobile version
%d bloggers like this: