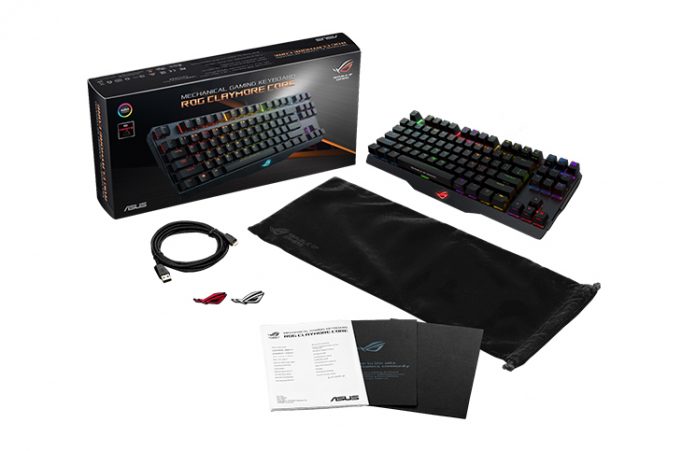 ROG Claymore is the world’s first RGB mechanical keyboard to have a detachable numpad design that allows users to use it as a full-size keyboard at home, or as an 80% TKL (an abbreviation of ‘tenkeyless’, which refers to the lack of a numpad) mechanical gaming keyboard at LAN parties. The detachable keypad can be placed to the left or right of the keyboard to suit different scenarios — on the left side of the keyboard as macro keys for MMO gaming, or on the right for a more traditional keypad placement. ROG Claymore Core is a compact TKL mechanical gaming keyboard and does not have a detachable numpad.

Both keyboards utilize German-made Cherry MX switches (Red, Blue, Brown and Black) for a responsive feel and up to 50-million-keystroke durability. Anti-ghosting and full N-Key rollover (NKRO) technology ensure all keystrokes are logged, no matter how many keys are pressed simultaneously. Each key is individually-backlit and fully programmable. There is even on-the-fly macro-key recording and nine preset Aura light effects.

The unique keyboard design has won numerous design accolades including the 2016 Red Dot and Computex d&i awards. The keyboards are finished in aluminum and have intricate Mayan-inspired etchings on the keyboard chassis. 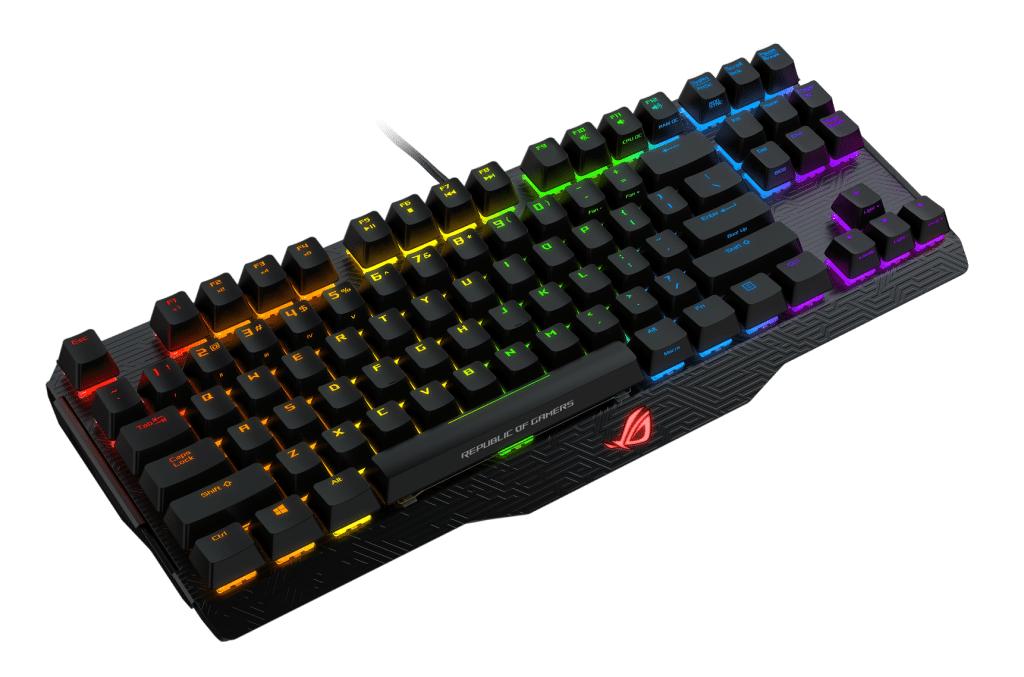 Exclusive ASUS Aura Sync RGB LED technology enables synchronized light effects when using these keyboards together with ASUS motherboards and graphics cards. Users can combine and control the LEDs on all Aura-enabled products via single software to achieve perfect, synchronized harmony. There is an array of LED effects and a color palette of over 16 million colors, and users can even use Claymore’s backlit keys to reflect CPU temperature.

The keyboards have built-in flash memory for up to six (five customized and one default) user profiles. The intuitive ROG Armoury dashboard can be used to customize individual key, lighting and macro settings. It can even track statistical data like the total number of keystrokes made during a game.

PQI Metallic Accessories Made to Match your iPhone 6 and iPad

Play3r - Oct 21, 2015 0
The iConnect, premium Metallic Lighting Cable, and Power Bank from PQI are designed and made for the latest Apple products, not only technically but also in terms of color.
Go to mobile version
%d bloggers like this: