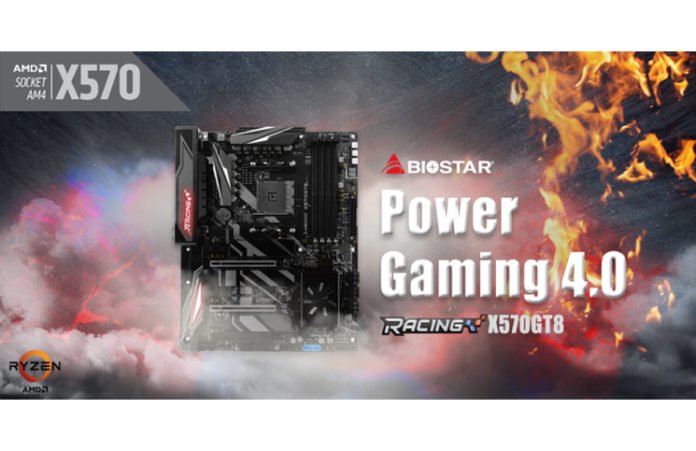 The stuff that only RACING legends are made of

July 05, 2019, Taipei, Taiwan – BIOSTAR, a leading manufacturer of motherboards, graphics cards, and storage devices, unleashes the 4th generation of the RACING motherboard, inspired with a new ‘lightning strikes’ design, the BIOSTAR RACING X570GT8. This latest flagship motherboard aims to give gamers and overclockers lightning-fast performance for ultra-responsive gameplay experience. BIOSTAR RACING X570GT8 brings forth a powerful new chipset for the AMD Zen 2 aka Ryzen 3000 – together with its powerful 12 phase VRM with Digital Power+ PWM, this motherboard will simply fly through the heat of battle with ease. BIOSTAR has outfitted this motherboard with two metal reinforced PCI-E 4.0 x16 slots that supports 16GT/s and PCI-E M.2 4.0 for 64Gb/s in bandwidth with M.2 cooling protection. It also supports 4-DIMM DDR4 for up to 4400(OC). All these specifications are not frivolous, as the BIOSTAR RACING X570GT8 is designed to work in complete harmony with the new 16-core AMD Ryzen 3000 series processors. This masterpiece of a system board is designed for gaming and overclocking enthusiasts in mind! 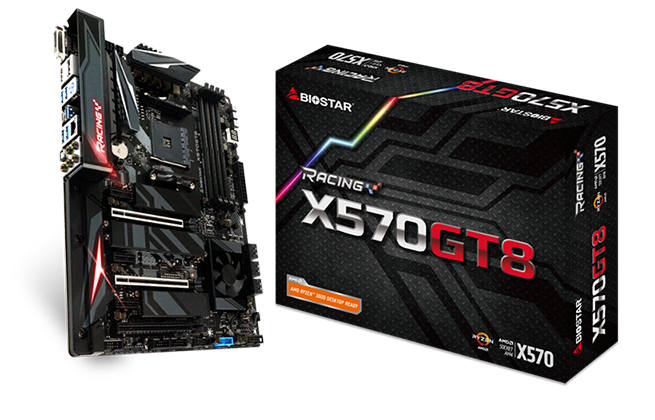 PCI-E 4.0 is the next evolution of the ubiquitous and general-purpose PCI Express I/O standard. At 16GT/s bit rate, the interconnect performance bandwidth is doubled that of PCI-E 3.0, while preserving compatibility with software and mechanical interfaces.

PCI-e M.2 4.0 is the latest storage interface, it delivers the highest bandwidth and lower latency. It’s two times faster compared with PCI-e M.2 3.0. What is more is that the BIOSTAR RACING X570GT8 supports three of them.

Dual BIOS technology offers a backup BIOS chip to take over the failed main BIOS and recover the system automatically without factory repair. This enables the gamer and the overclocker to go further and faster than ever before.

Tough Power Connectors are very robust that have larger area to ensure stable and reliable power supply. They can pack more power and durability to make your PC last longer.

Digital Power+ uses IR’s digital PWM controller and PowIRstage™ IC, offering the excellent precision in delivering stable power and 100% fixed voltage to critical components of the motherboard with the maximum performance and reliability.

BIOSTAR new H/W design Lightning Charger supports the functions of USB port and quick charge with the amazingly fast charging time to help your mobile devices achieve up to a 75% charge in just 30 minutes; meanwhile, it supports QC2.0 (up to 12V/1.5A output), APPLE mode (5V/2.4A), and BC1.2. 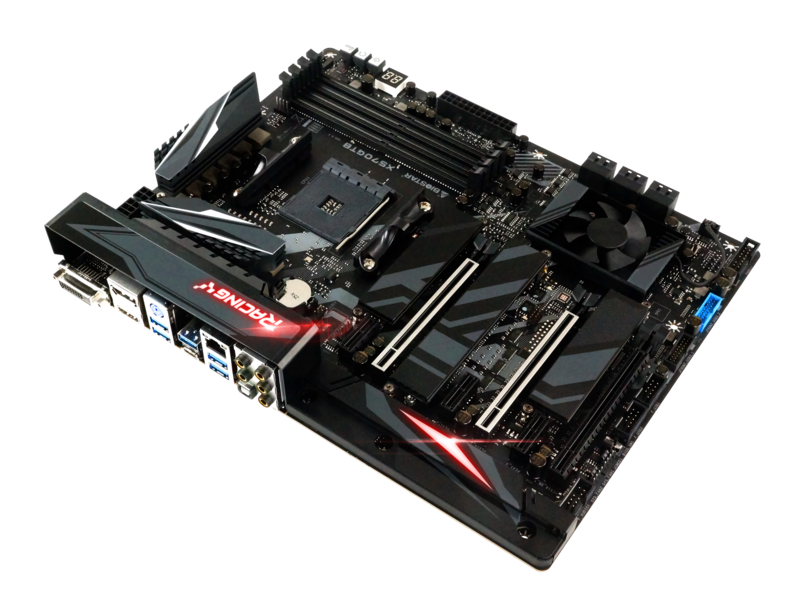 The BIOSTAR RACING X570GT8, is the company’s 4th generation of performance gaming design; the latest flagship model incorporates some of the latest technologies such as PCI-E 4.0, PCI-E 4.0 M.2 and supports for 4-DIMM DDR4 for up to 4400(OC) to push the boundaries of next level performance of gaming and overclocking motherboards in conjunction with the much anticipated AMD Ryzen 3000 series. Gamers are also equipped with unlimited RGB possibilities with BIOSTAR’s own VIVID LED DJ and LED Rock Zone plus compatibility with Razer’s Chroma for fully immersive RGB setup control.

BIOSTAR, is a brand dedicated to the production of motherboards, graphics cards, industrial computing systems, IoT, crypto mining equipment, and healthcare solution. Since its establishment in 1986, the BIOSTAR GROUP has become a major motherboard supplier in the IT industry as well as in IoT, Internet of Things. In order to pursue the best quality and aesthetic design, BIOSTAR has invested heavily in ID design, equipment, global marketing research as well as R&D. With a constant emphasis on quality, BIOSTAR always seeks to beyond better and race to the future.