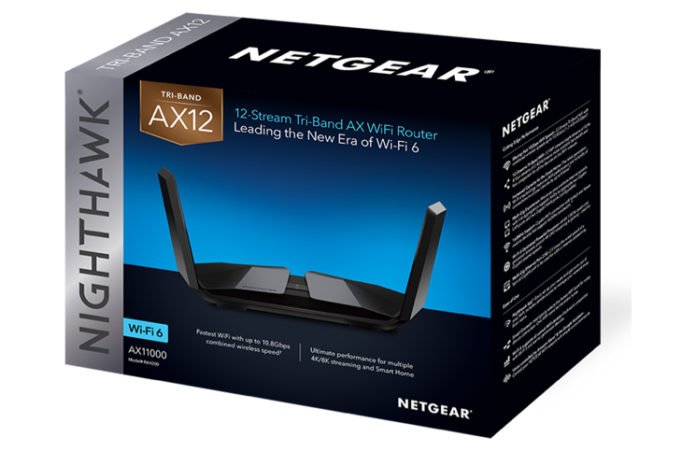 The NETGEAR Nighthawk Tri-band AX12 (RAX200) is a powerful Wi-Fi 6 router that uses three bands with a combined Wi-Fi speed of 10.8Gbps3. This provides the ideal solution for the growing needs of households with an ever-increasing number of  connected devices vying for internet bandwidth simultaneously. Tri-Band Wi-Fi provides an additional Wi-Fi band to reduce congestion and provide a better-connected experience across multiple devices simultaneously. The latest Wi-Fi 6 technology  provides four times* the amount of data capacity over that of the previous generation of Wi-Fi routers (802.11ac), also now known as Wi-Fi 5.

Experts predict the total number of connected devices worldwide will expand to 50 billion by 2020[¹], as more and more people use smart devices in the home, from voice assistants, connected speakers, security cameras, thermostats, and much more, all at the same time. It is also expected that nearly 45 million people across the US will cut the cord to rely solely on internet video streaming to replace their broadcast and cable television[²], which will place even greater demand on the already strained home Wi-Fi network.

Using the Nighthawk AX12 Tri-band Wi-Fi 6 router, households can expect a combined 10.8Gbps[³] of bandwidth for all their networking needs from simultaneous 4K/8K UHD video streaming to gaming and other high-bandwidth consuming activities. With a single Wi-Fi name across the three bands, Nighthawk RAX200, using Smart Connect technology, intelligently distributes all the connected devices to the appropriate Wi-Fi band based on the speed of the device ensuring the best utilisation of the available bandwidth.

Increased Capacity for the Smart Home

With its powerful 1.8GHz quad-core processor and support for multi-gig internet connections, the Nighthawk Tri-band AX12 router will help to keep up with the increasing internet speeds being delivered to homes.

The Nighthawk Tri-band AX12 sets you up for faster speeds and latest Wi-Fi technology in the foreseeable future as computers, mobile and IoT devices adopt the latest Wi-Fi 6 technology, while continuing to support all of your existing Wi-Fi devices. The Nighthawk Tri-band AX12 can deliver more than one Gigabit of throughput to mobile devices that support 160MHz bandwidth.

NETGEAR (NASDAQ: NTGR) is a global networking company that delivers innovative products to consumers, businesses and service providers. The Company’s products are built on a variety of proven technologies such as wireless (WI-FI and LTE), Ethernet and powerline, with a focus on reliability and ease-of-use. The product line consists of wired and wireless devices that enable networking, broadband access and network connectivity. These products are available in multiple configurations to address the needs of the end-users in each geographic region in which the Company’s products are sold. NETGEAR products are sold in approximately 23,000 retail locations around the globe, and through approximately 22,000 value-added resellers, as well as multiple major cable, mobile and wireline service providers around the world. The company’s headquarters are in San Jose, Calif., with additional offices in approximately 25 countries. More information is available from the NETGEAR investor page or by calling (408) 907-8000. Connect with NETGEAR on Twitter, Facebook and our blog. 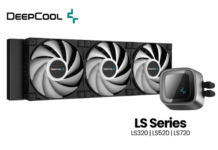 Jake Ward - Mar 7, 2017 0
Cooler Master, a leader in design and manufacturing computer power supply, case, thermal solution and peripherals, today announces the launch of the MasterWatt Maker 1200 MIJ. Through its Japanese and German made components, this power supply will deliver the performance, reliability and quality you never thought possible.
Go to mobile version
%d bloggers like this: