PLAY Expo Manchester, the largest video game expo in the North of England, began the countdown to the show today, by announcing the first in a series of features for the show taking place at EventCity, Manchester on October 14th and 15th 2017.

Returning for its sixth blockbuster year, PLAY Expo Manchester has built up a loyal following of fans, with 25,000 visitors attending the show last year and even more expected in 2017! A haven for gamers, Cosplay enthusiasts, retro fans, game collectors and those looking for quality family entertainment, PLAY Expo has something for all tastes and never fails to surprise!

In celebration of its 20th Anniversary, PLAY Expo Manchester is proud to announce an exclusive Nintendo® 64 Goldeneye™ Panel, where members of the original development team will be appearing live on stage to discuss their experience working on the game and even taking on visitors via multi-player matches at the end of the talk! An unmissable opportunity to peak behind the curtain on what is one of the most beloved games of a generation.

For the first time in the event’s history, PLAY Expo Manchester will be playing host to the Play Expo Pinball Battle, the largest pinball showdown in the UK! Streamed live to millions of viewers worldwide, anyone is invited to enter the tournament and big prizes will be on offer for those with impeccable flipper skills! With one of the largest collections of pinball tables across Europe, this is one battle royal not to missed! 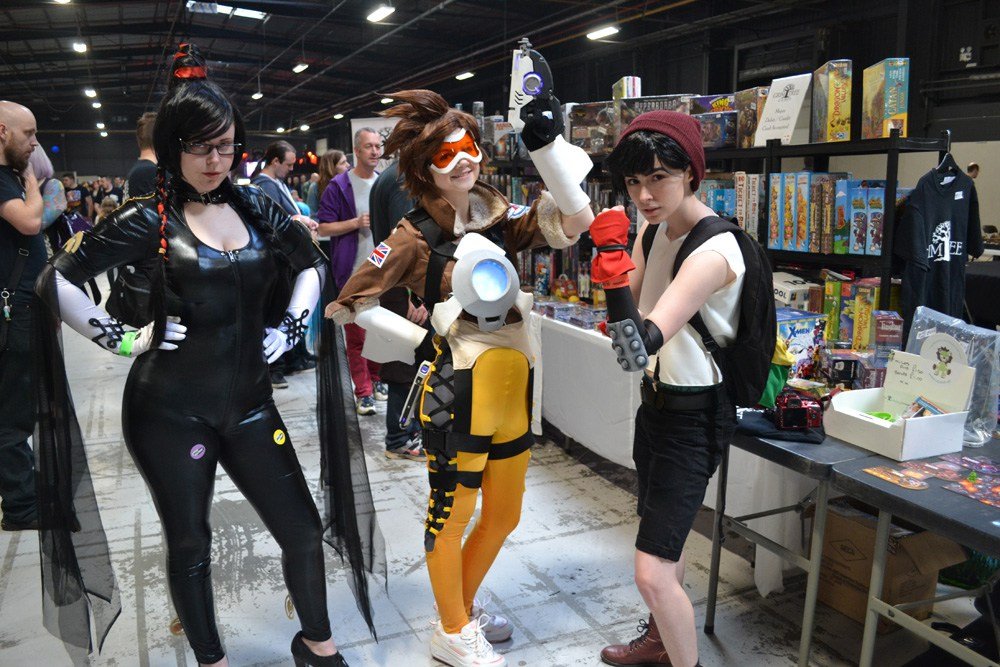 If you’ve got it, flaunt it! Expanding on its hugely popular Cosplay following, PLAY Expo Manchester unveils its first ever Cosplay Village! Bigger than ever, Cosplay fans will be in their element with two dedicated stages full of activity over the weekend. Those wanting to strut their stuff will be greeted by a live ‘Cosplay Ballet Performance’ taking place on the show floor, competitions, masquerades and live build demonstrations thanks to Poly-Props and Drax Cosplay. Cash prizes will be on offer for the best costumes, and those wanting to better their build can make use of the dedicated Cosplay retail area within the village, selling all manner of props, materials, tools and accessories!

No one does retro better than PLAY Expo Manchester and this year the event promises to level up yet again with the largest collection of retro entertainment anywhere in the UK! Last year’s expo delivered 400 machines for visitors to enjoy and this year PLAY Expo Manchester plans a staggering 500 pristine consoles to explore! New this year will be the ‘People’s Choice’ area. Gamers will vote for their favourite classic in the run-up to the event and the winning game will receive its own dedicated spot within the retro zone!

“PLAY Expo Manchester is the flagship show in our year long series of events and we challenge ourselves every year to better the last. We’re confident that this year’ will be our best yet, offering a world class event for gamers of all tastes,” said Andy Brown, Director for Replay Events. “We can already see that this year’s event will be something very special, but there’s so much more that we’ve yet to announce! We have some superb surprises planned and look forward to sharing more details as we head into September.”

Returning for its sixth year, PLAY Expo Manchester is a highly popular two-day video game event, ideal for all the family and offering visitors an unrivalled experience with features, tournaments, exhibitors, industry guests, panels and so much more. Celebrating gaming and popular culture, the expo uniquely caters for casual fans and dedicated gamers alike and promises to be an event not to be missed.