MAKE THEIR EUROPEAN DEBUT AT GAMESCOM 2019

René Korte, General Manager of PC Products at Turtle Beach said, “Germany is ROCCAT’s home, making this year’s Gamescom the perfect venue to show off our latest award-winning lineup of PC gaming mice, keyboards, and more – all of which are products of German design, engineering, and quality. This year, both the Kain and Vulcan product series introduce our latest Ash Black and Arctic White colors so fans can create the perfect ecosystem that suits their style, and the new Sense AIMO Pad is the perfect addition for a fully illuminated AIMO experience.”

ROCCAT Kain is an all-new series of PC gaming mice born from the vision of creating the best “click” and aimed to deliver maximum precision performance. Not only does the series introduce ROCCAT’s innovative Titan Click – an all-new mechanism that registers the click signal up to 16 milliseconds faster than other mice making it the most responsive mouse on the market, but it also delivers “all the feels.” Even before plugging-in the Kain mouse, gamers will immediately notice the impressive shape. Combined with a weight of 89 grams the Kain mice offer exceptional grip and ergonomics. Adding its lightning-fast response time, the Kain series mice are sure to give PC gamers an advantage. 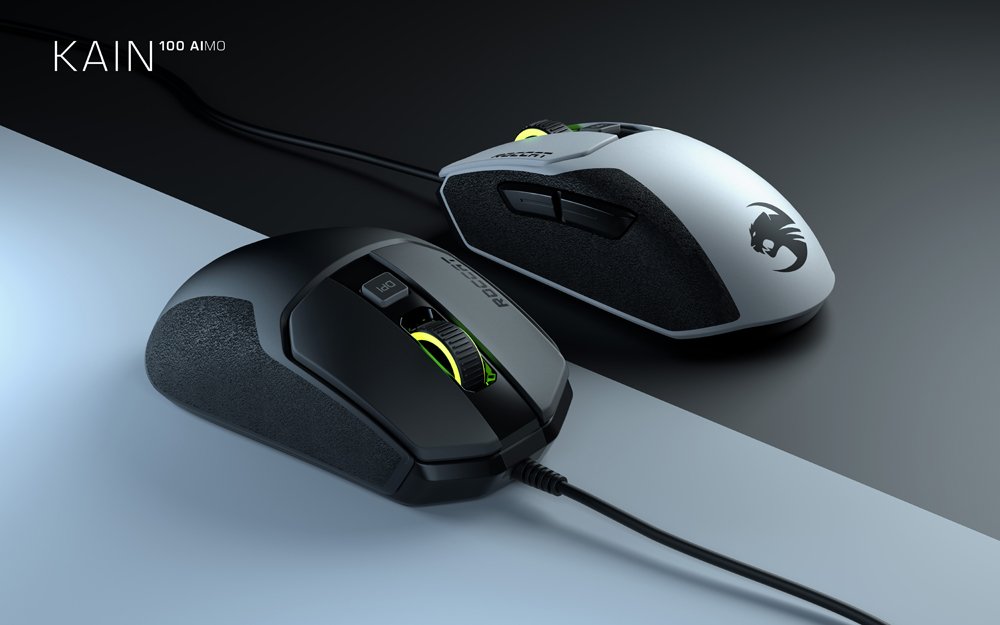 PC gamers will have three models of the Kain mouse to choose from – both wired and wireless. The entry-level Kain 100 AIMO provides gamers with rubber side grips for maximum control and 8500 DPIs. The step-up Kain 120 AIMO features a unique hybrid anti-wear performance coating which is durable, dirt resistant, grippy and feels great to touch. The Kain 120 also features the updated Owl-Eye sensor offering up to 16K DPIs. Available in Ash Black and Arctic White, the Kain family starts at a competitive MSRP of $49.99/ €49.99 for the Kain 100 AIMO, with the upgraded sensor variant Kain 120 AIMO available at $69.99/€69.99. The Kain 100 AIMO and Kain 120 AIMO are planned to launch at retail in September 2019. Additionally, the wireless Kain 200 AIMO will offer PC gamers the cable-free version of its newest technology at a MSRP of $99.99/€99.99 and is planned to be available this winter. 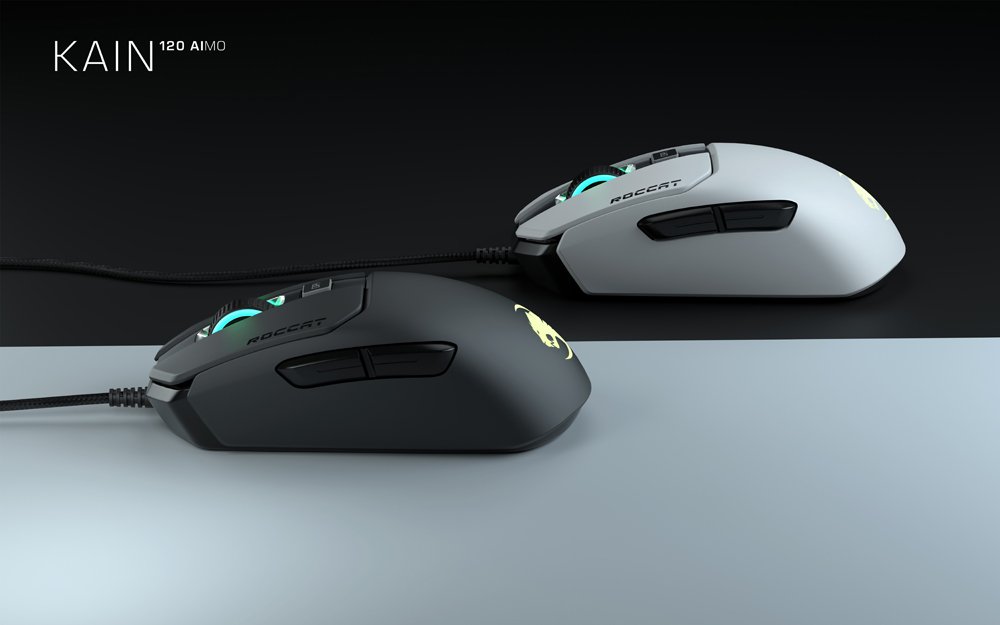 ROCCAT’s original Vulcan 120 AIMO PC gaming keyboard introduced their proprietary Titan Switch Tactile mechanical switch and has become one of the top three best-selling gaming keyboards in Germany, as well as a best-selling product in its price tier. The Vulcan’s design was also recognized by winning the 2019 iF Design Award for its product category. 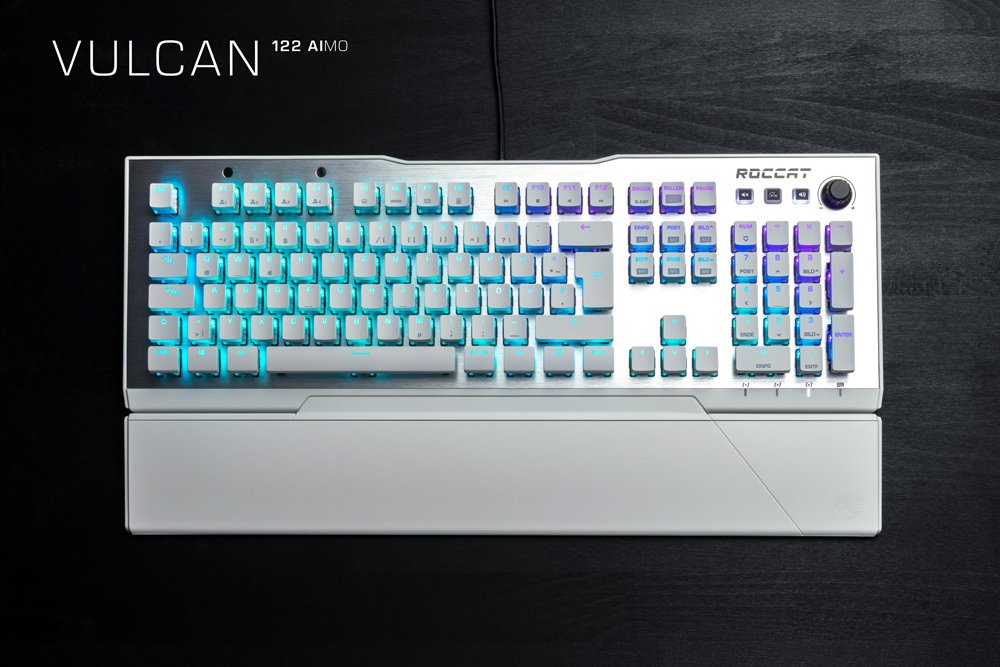 At Gamescom 2019 ROCCAT will be showing off two variants, including the Ash Black Vulcan 121 AIMO with its all-new Titan Switch Speed. Following the success of the Titan Switch Tactile introduced with the original Vulcan keyboard, ROCCAT now offers a new, even faster option. Built for speed, the Titan Switch Speed boasts a shortened 1.4mm actuation point (2.8mm travel distance) which helps it react over 30% faster than standard switches, pushing the boundaries of speed without sacrificing precision. The switches are actuated with a hefty 45g of force to minimize accidental key presses, making the keyboard perfect for gaming. Additionally, completing its current Ash Black and Arctic White theme, ROCCAT will officially unveil the Vulcan 122 AIMO – which is the Arctic White version of the award-winning Vulcan 120. All variants of the Vulcan 120s will retail for a MSRP of $159.99/€159.99. 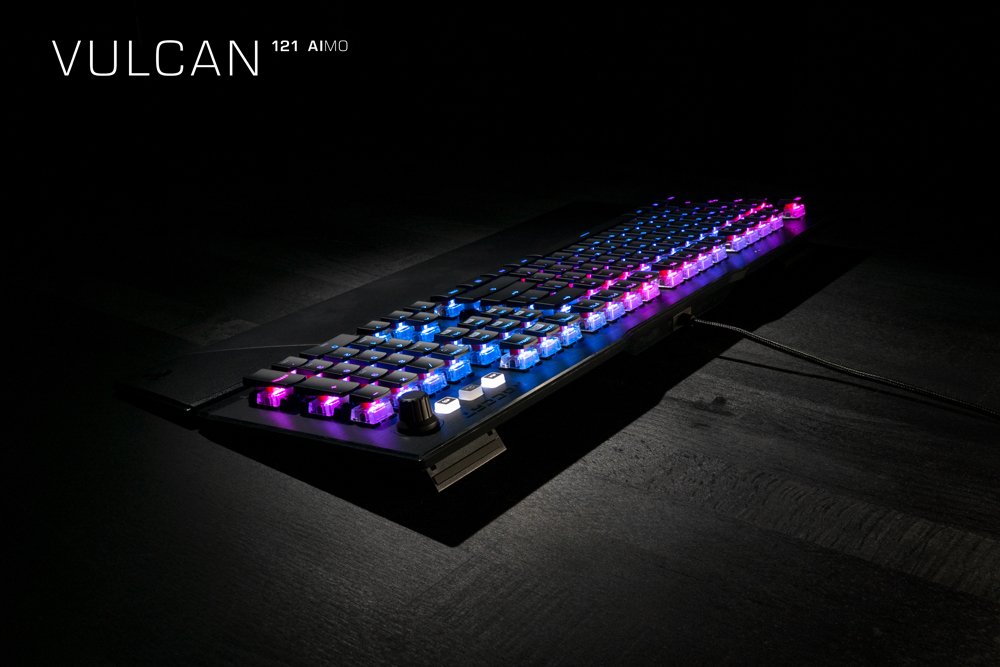 ROCCAT’s Sense mousepad also joins the AIMO family to make the lighting ecosystem bigger and better than ever before, for an even more immersive experience. Its soft cloth surface of 353x256x3.5 mm is bordered by a vivid RGB light guide with two programmable zones. The Sense AIMO Pad will be available in early September 2019 at participating retailers for a MSRP of $39.99/€39.99. 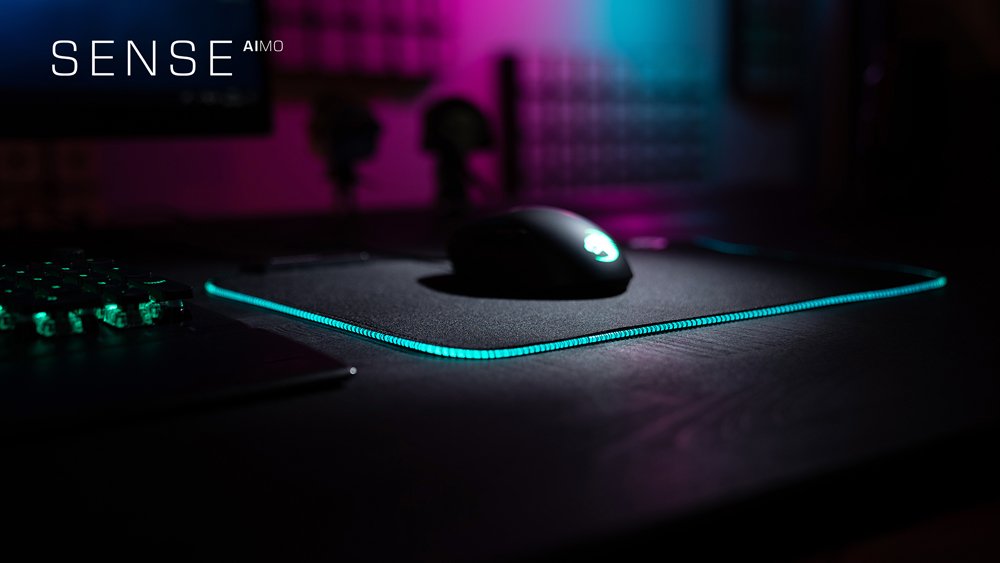 Designed for Xbox, PlayStation®, and Nintendo consoles as well as for PC, Mac®, and mobile/tablet devices, owning a Turtle Beach gaming headset gives you the competitive advantage. Hear Everything. Defeat Everyone®. In 2019 Turtle Beach acquired ROCCAT, a leading PC accessories maker that combines detail-loving German innovation with a genuine passion for designing the best PC gaming products. Turtle Beach’s shares are traded on the Nasdaq Exchange under the symbol: HEAR.