MSI have released the following statement to clarify MSI motherboard compatibility of 300 and 400 series chipset motherboards and AMD’s next-gen Ryzen series processors. The statement includes the associated BIOS version that will allow compatibility.

It has come to our attention that MSI Customer Support has regrettably misinformed an MSI customer with regards to potential support for next-gen AMD CPUs on the MSI X370 XPOWER GAMING TITANIUM motherboard. Through this statement we want clarify the current situation.

Below is a full list of upcoming BIOS versions which include compatibility for the next-gen AMD APUs for our 300-Series and 400-Series AM4 motherboards based on the latest AMD Combo PI version 1.0.0.0. These BIOS versions are expected to be released in May this year. 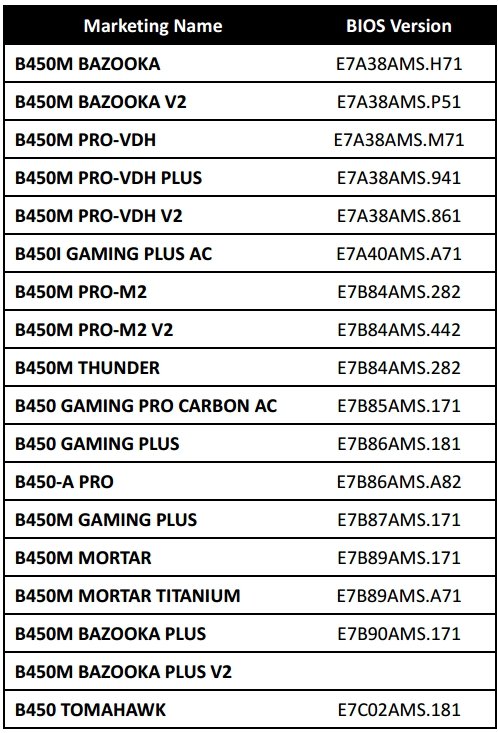 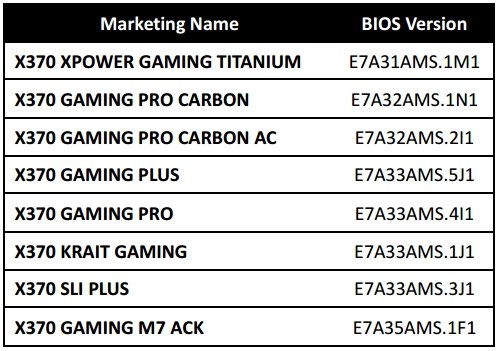 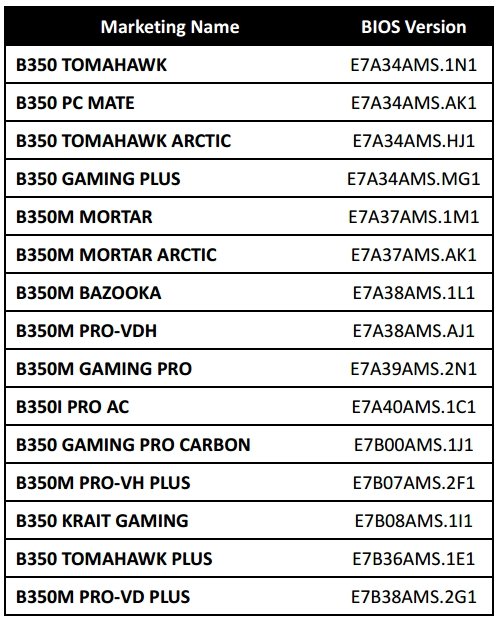 As a world leading gaming brand, MSI is the most trusted name in gaming and eSports. We stand by our principles of breakthroughs in design, the pursuit of excellence, and technological innovation. Integrating gamers’ most coveted extreme performance, realistic visuals, authentic sound, precise control and smooth streaming functions into its gaming rigs, MSI frees gamers from tedious trial and error and pushes gaming performance beyond limits. The determination to surpass past achievements has made MSI a ‘True Gaming’ brand with gaming spirit throughout the industry! For more product information, please go to www.msi.com.