AMD’s Ryzen 7 CPUs have only been out for just over a week, but yes we are indeed already talking about the next Zen 2 CPUs and their expected release early next year. 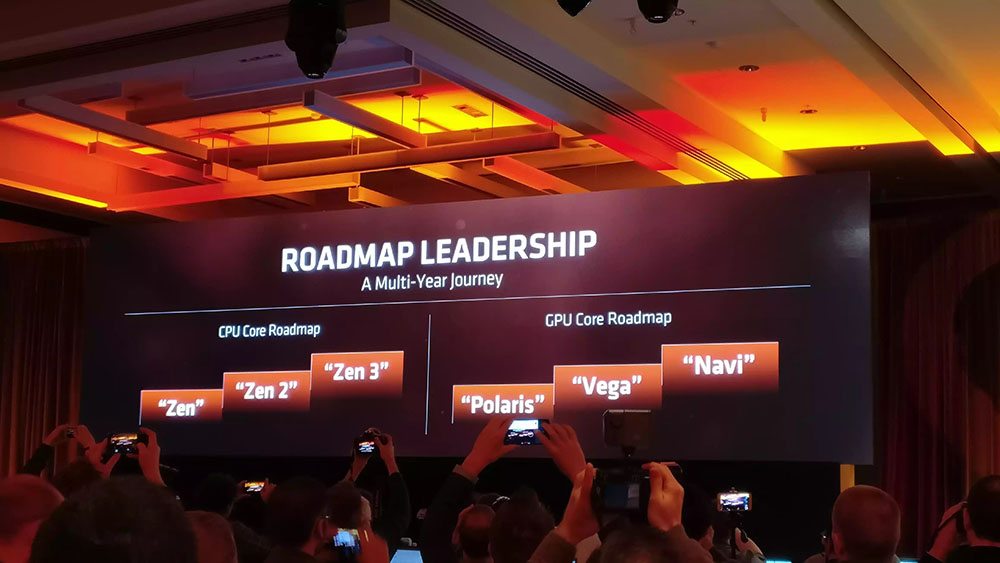 At present we know very little about Zen 2 or AMDs plans, but we do know that AMD is hoping to fit some extra features and even more IPC gains into each revision of the Zen Core. We certainly look forward to seeing if some of the small issues that have arisen with current Ryzen 7 CPUs will be sorted out including better optimisation for games and compatibility with higher clocked DDR4 memory. AMD already achieved a whopping 52% increase in IPC over their previous generation CPUs, however with the new revisions of the Zen core further IPC increases of 5-15% are very impressive. One thing that AMD have said is that all of the Zen core CPUs will retain the AM4 socket meaning that hopefully with nothing more than a BIOS update your current AM4 motherboard could be compatible with further Zen core CPUs.

Further to newer Zen core CPUs AMD are also planning to release a new APU based on the Zen core to be dubbed Raven Ridge. Originally Raven Ridge was planned for a 2018 release; however, the latest roadmap released by AMD shows Raven Ridge to be due in late 2017. Raven Ridge will be equipped with a Vega GPU to cover the graphics requirements of the system and it will be interesting to see how good this APU will perform in games, could this be a big leap for integrated graphics with the ability for inexpensive PCs being able to at least make an attempt at playing some proper games.

Let us know your thoughts on AMDs future CPU plans below.

Jake Ward - Jan 25, 2017 0
Cryorig, a CPU cooling company, announce they will be providing free AM4 Ryzen CPU update kits for owners of AM3 kits.
Go to mobile version
%d bloggers like this: