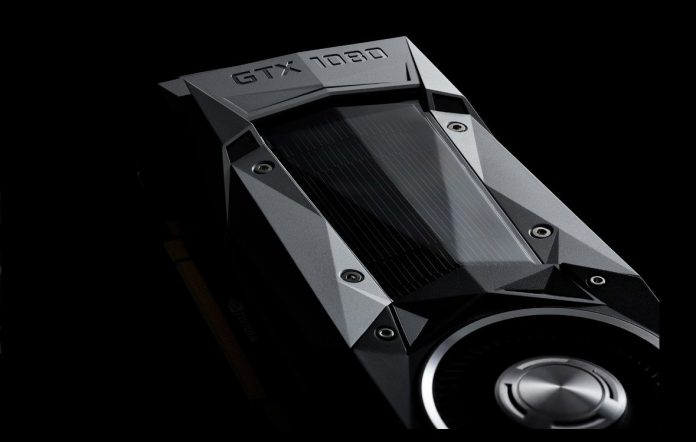 A naughty UK retailer by the name of Maplin may have cheekily listed one of the first NVIDIA GTX 1080 graphics cards we have seen so far; the pricing is quite a bit off what NVIDIA initially stated when they announced the card.

Maplin has listed an ASUS GTX 1080 Founders Edition card with the stock NVIDIA cooler for £619.99 which is a far cry from what was initially said. It was rumoured to be cheaper than the current GTX 980Ti on launch, but this doesn’t seem to be the case. With many users currently flogged their GTX 980/GTX 980Ti’s left right and centre across the board, it may have been a regrettable one judging by this particular retailers pricing.

Is this disappointing news for consumers or more of what you were expecting? Let us know in the comments below!

Scan have also just put prices on their GTX 1080 listings, much in line with the above price at Maplin announced.

Further price reveals have been discovered. Overclockers.co.uk is the next site to show their hand and announces their range of cards with prices from £619.99 up to £649.99. This is seeming to be the trending price at the moment but we’ll keep you updated. So is this price what you were expecting? Frankly I feel it’s a little high even for NVIDIA, and so I wonder who will be forking out a fair chunk of cash for the latest GPU to hit the market…

Opinion: Don’t Sell Your Kidney For An RTX 3090

Michael Thomas - Sep 18, 2020 12
With Nvidia's latest top-end GPU costing a massive $1500, Michael lays out why he thinks you shouldn't sell your kidney for an RTX 3090
Go to mobile version
%d bloggers like this: