Nostalgia junkies, rejoice. A revamped version of the classic Nokia 3310 has recently been released by the Finnish phone manufacturer.

It is a retro-looking phone that is going to feel reassuringly familiar to anyone who ever used one of these models in the past. A Nokia 3310 for 2G use was released in some countries earlier in 2017, but was discontinued when the 2G networks was closed down.

Juho Sarvikas is the Chief Product Officer of HMD Global, and he said that their current “re-imagining” of the Nokia 3310 represents a “global and cultural phenomenon”. He went on to say that the combination of nostalgia and the beauty of the phone has “captured people’s imagination”.

This is a simple cell phone that you can use to make and receive calls or text messages. It is like a step back in time to a simpler age, which may make it even more attractive to those people who are choosing it mainly for nostalgia reasons.

The battery life is impressive, with up to six and a half hours of talk time. It also provides a mightily useful month of standby time, so there will no longer be any reason to worry about dropping battery levels if you choose this phone.

A lot of people are also getting pretty excited about the chance of playing the classic Snake game as well. It may look ridiculously retro next to modern video games but anyone who once spent hours playing Snake will love getting their hands on it again. 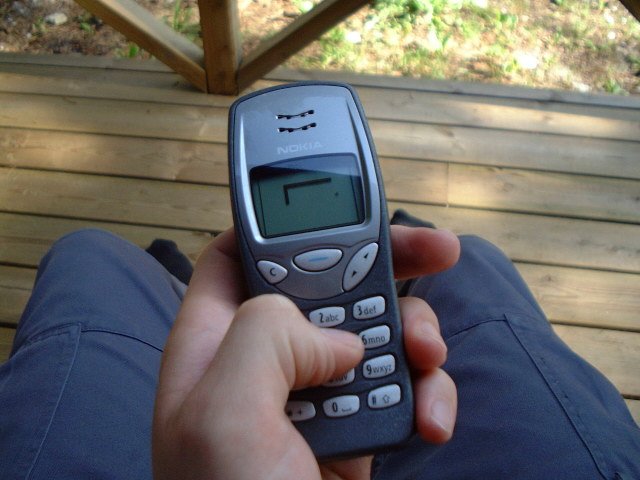 What It Doesn’t Offer

Of course, this isn’t a smartphone. So, you won’t get apps, internet access, or any of the other fancy features that smartphones offer.

This means that you won’t be able to do many of the things that we now take for granted on the liked of Android and Apple devices. For example, you can’t go online to play games, check your emails, or communicate through Skype or Whatsapp.

If you currently use a phone to play games, then it could be difficult to give that up now in exchange for a retro phone. This could take away a lot of the pleasure that smartphones offer us. For example, mobile iGaming providers Quick Hit casinos offer excitement with the likes of Royal Vegas, Spin Palace and Betway casinos all giving you easy access to a big range of games whenever you want them. Fun and simple gameplay like this is something that many people now enjoy every day on their phones. In the same way, the lack of communication apps like Whatsapp is the kind of thing that might make a bigger difference to your life than you imagine.

There are probably a couple of different types of people who would like this phone. For a start, a lot of people who once owned the original version would probably like one, maybe as a stylish and reliable backup to their main phone in case its battery runs down.

Alternatively, it could be an attractive option for someone who wants to live a simpler, less connected life. You won’t be completely cut off from the world if you use this cell phone but you won’t be as connected as you would be with a smartphone.