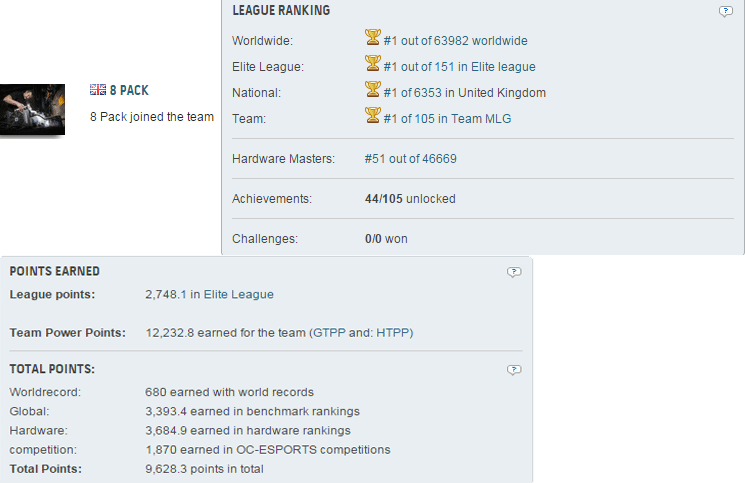 The one and only “8 PACK” has joined Team MLG on HWBOT.org. This is big news for Team MLG and the overclocking seen in general as on this day, the 22nd of May 2015, both myself and 8 PACK have joined Team MLG. All jokes aside, 8 PACK is the #1 Overclocker in the world on HWBOT.org and this means Team MLG will be putting up some serious competition now if they weren’t already.

Overclocking is becoming more and more popular in the UK and Team MLG is actually leading the charge. With the help of sponsors, Team MLG is not only trying to top the ranks in the overclocking scene, they are dedicated to having fun and educating any and everyone who will listen on overclocking. Overclocking is considered to be a sport by many and as such, should be enjoyed, though a bit of healthy competition is always welcomed.

Recently, Team MLG held an LN2 overclocking event in Cambridge, UK to which a few of us from Play3r attended. Not only did our Gavbon compete, but 8 PACK himself was there breaking world records with the help of Deb8uer. 8 Pack joining Team MLG is a significant leap forward for Team MLG and should really show what they are trying to do with Overclocking here in the UK.

As mentioned, I myself have also just joined Team MLG today and while I will not be putting up numbers such as 8 PACK, it goes to show the diverse community that the overclocking scene in UK is capable of. We have people from all walks including the Novice like myself, with no real experience, all the way up to the de facto numero uno overclocker in the world. Team MLG is about bridging the gap, having fun and being the best we can be and enjoying a bit of healthy competition never hurt anyone!

To see more of what Team MLG is about, head over to their forums: HERE 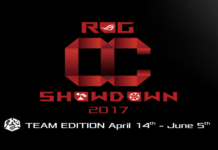 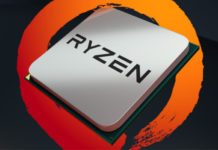 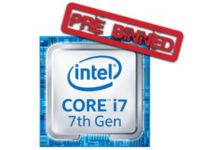 Will Anderson - Sep 10, 2016 0
Uploading these world records... someone has to do it. O7GH The newly created account amassed a large 321 Points in these 2 Submissions, the highest...
Go to mobile version
%d bloggers like this: