Asus/ROG (Republic of Gamers) have sent me over a neat little headset in the shape of the ROG Strix Fusion 500. Let’s get some info about the headset below followed with my 21-minute video review… you can find these specs as well as explanations of the features on ASUS’ website.

As I mentioned in the video, I have been using the ASUS ROG Strix Fusion 500 for a couple of weeks now and I’ve found them to be comfortable straight out of the box. The headband comes with a decent amount of padding so no worries there. I did find that the headset felt a little tight on my ears to start with but seems now to fit very comfortably so I’m putting it down to the “adjustment period” that comes new headsets. I also believe that due to the closed nature of the headset this may have contributed to the tight feeling. Something I didn’t have with my previous headset.
The ESS9012 DAC and SABRE9601K amp ROG have implemented do their job well. This is a good time to mention the 50mm ASUS Essence drivers and exclusive airtight chamber technology, which you do feel when putting on the headset as well as 7.1 virtual surround sound developed with Bongiovi Acoustics.
The Fusion 500 is very well built too using sensible materials, overall the headset feels and looks rather premium. The headband is a soft smooth plastic with plenty of movement for the biggest of heads. The outer covers are solid plastic with the reflective bronzy looking covering that looks rather nice as well as the typical Strix detailing around the edges as you’ll find on other Strix products. The earcups come out of the box with a comfortable protein leather padding with plenty of cushioning as well as the extra fabric mesh cups that we saw earlier.
The “touch plate control” on the left cup is an inclusion that again adds to the premium feature list that I believe this headset is going for. The ability to play and pause music, skip songs forward and back and adjust volume up and down with a touch or swipe of a finger is a decent addition.

I grabbed a playlist that consisted of a mix of genres that I think is suitable for testing headset sound quality which in turn should give me a lot of variety in music frequencies. I’m pleased to say the headset performed fantastically with bass being well delivered while not overpowering. Mids and high were delivered just as well coming through clear and crisp. No complaints there!

A personal note: I’d recommend turning off the virtual surround when listening to music, the headset for some reason sounds marginally better when done so.

Playing games was a delight with the Fusion 500! Enabling the virtual surround gave additional situational awareness although it still worked well without it. Subjecting Battlefield V to many hours of gaming testing, purely for this headset review of course, explosions sounded full and vivid. Gunfire was loud and clear as you’d expect. In game voices (the selectable “Go, go go”, “Yes”, “No”, “Thanks” among other more expletives) were clear and crisp and the sealed earcups let in almost zero external noise so, overall, it was a positive, engaging experience.

I’ve been informed the microphone quality of this headset was overall “loud and clear” and I’ve used it for streaming multiple times with no one mentioning quality issues. The microphone is automatically muted when stowed as well.

So in summary, the ASUS ROG Strix Fusion 500 is aimed at competitive gamers that want a top-notch cabled headset for the PC and PS4. Priced at between £125 and £150 at time of the review, you get a very comfortable, fantastic sounding headset with 7.1 virtual surround sound and all the features around that like the DAC, amp and Essence drivers that give it the premium sound. The adjustable RGB lighting on the headset and the touch control system on the left ear are more features to note.
That being said, I’m personally not a fan of the Bluetooth feature and the Aura smartphone app. I just don’t really see a point to it. It just seems like it’s a feature that will be overlooked and probably ignored by the vast majority of Fusion 500 owners. Having Bluetooth to adjust RGB settings but no audio use at all? Pointless? I don’t know. Let me know if you think I’m wrong and you probably would use the App or not.
I can see the high upfront cost of this headset putting off more casual gamers that want fewer features and, to be honest, rightly so. This is a feature-rich headset that actually does deserve its asking price so long as you actually want these extra features.

So I’m pleased to give the ROG Strix Fusion 500 our Gold Award and our design award for its striking premium appearance. 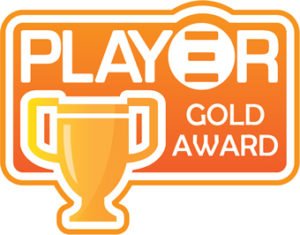 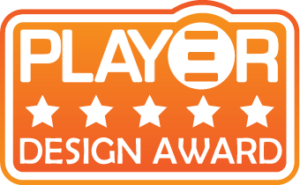 Many thanks to Asus Republic Of Gamers for sending the Strix Fusion 500 in for review.

Bo Pedersen - Feb 15, 2017 0
Back once again with another headset review, starting to think 40mm Drivers trump 50mm Drivers, here's why my ears are happy.
Go to mobile version
%d bloggers like this: