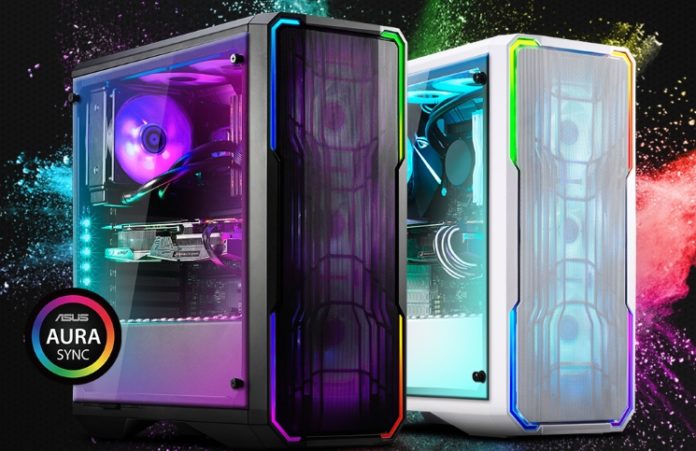 It was back in December of 2017 when I took a look at the first iteration of the ENSO from Bitfenix. Back then it was rightly awarded the Play3r Gold, given it’s stunning looks and keen pricing. After prolonged use the only thing that really let the original ENSO down was the fact there was very little airflow to be had through the front intake, due to the restrictive nature of the design. Not content with producing a case that was “almost perfect”, Bitfenix have revisited the design and bring us a second iteration of the case… the Enso Mesh! 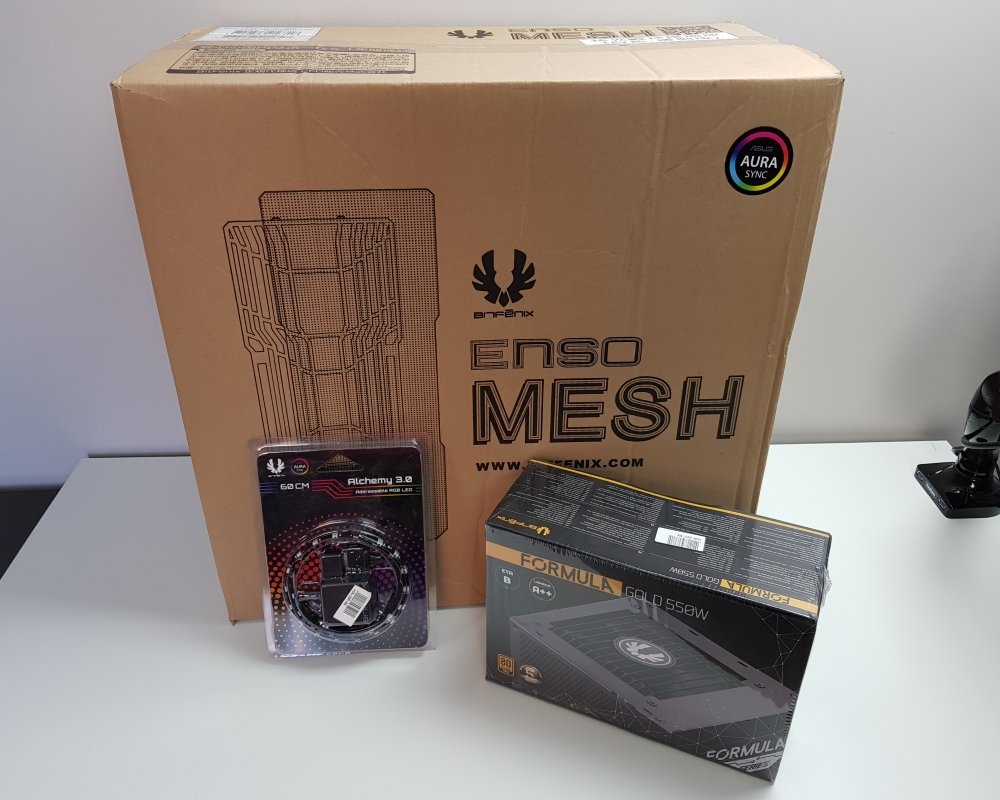 For the most part, the majority of the ENSO design and features are unchanged from the original, so I won’t dwell on those too much. As the saying goes, “if it’s not broke, don’t fix it” and Bitfenix have been careful to only address the areas that they felt were a problem last time around. 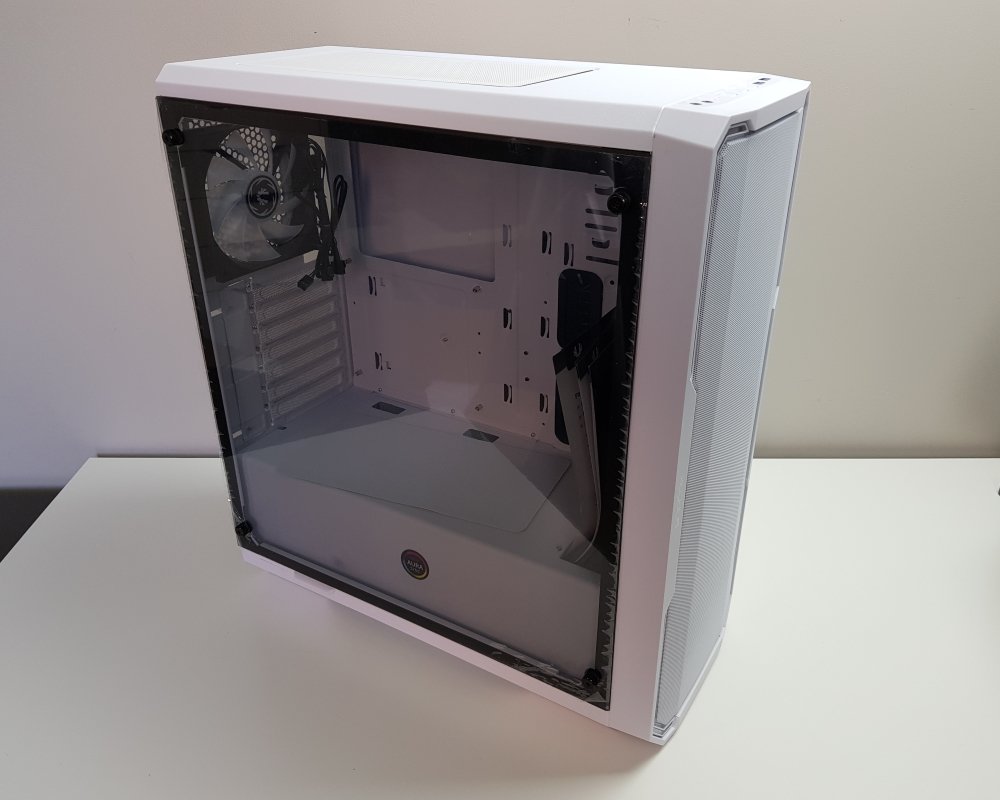 The original ENSO I reviewed came in the black colourway, but the white variant we have here really pops from the moment you unbox it. The exterior side panels, roof and underneath are all untouched from the original, as is the interior chamber and the rear of the motherboard tray. 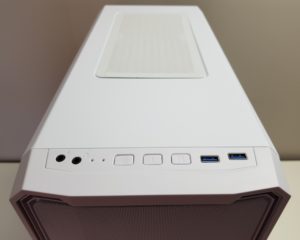 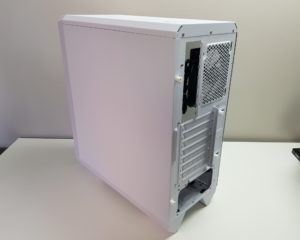 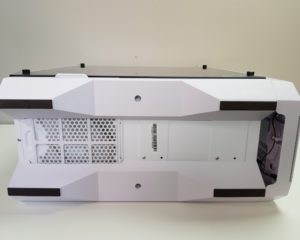 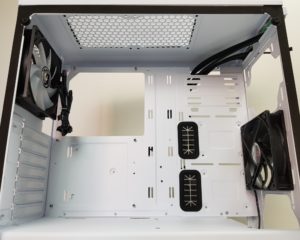 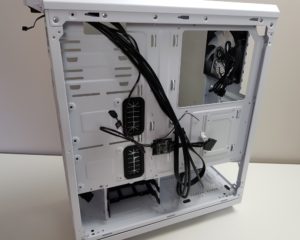 It’s the front panel where Bitfenix have focused all of their attention, with the goal of getting as much airflow into the main chamber as possible.

At first glance, removing the front panel doesn’t seem to show any difference to the original. Apart from the integrated cable powering the inbuilt front RGB lighting, the whole panel detaches itself from the chassis. 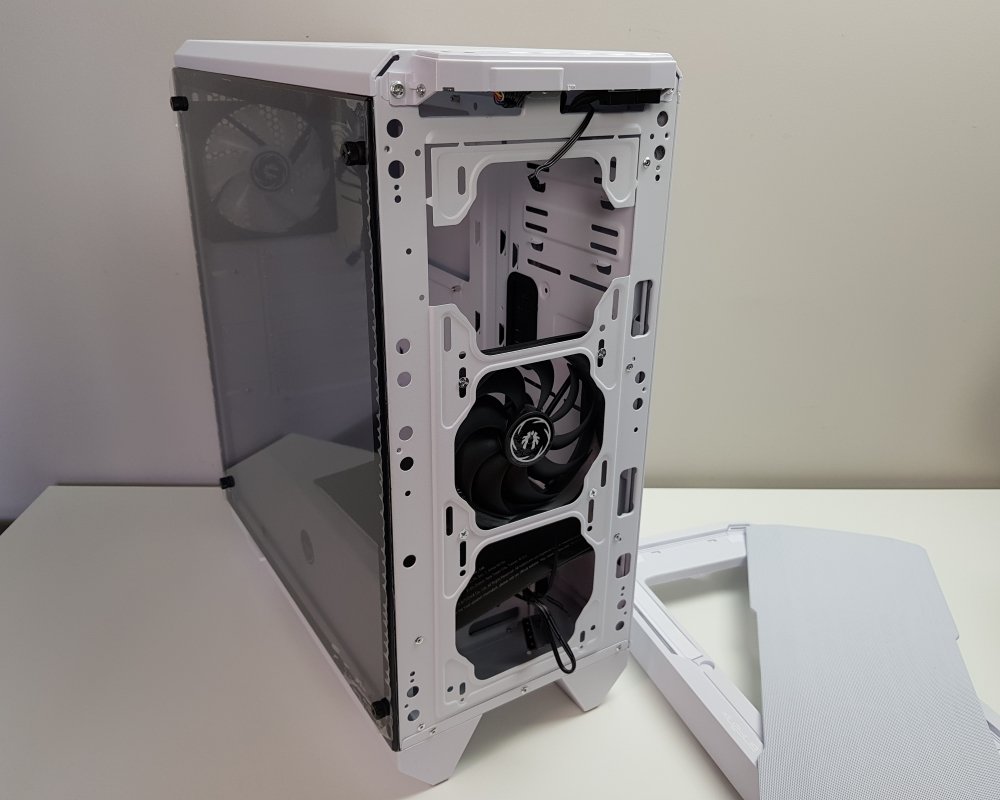 Upon closer inspection of the actual front panel itself however, this has undergone a major re-design. Bitfenix have done away with the solid front, instead replacing it with a full length dust filter. What’s more, it’s held in place with four magnets, and therefore detaches very easily.

By turning the whole of the front panel into a dust filter means that Bitfenix have done away with the two sliding dust filters that were side mounted on the original. At best these were a little fiddly to remove, but the fact that they only actually cover two thirds of the front panel, was clearly not ideal. 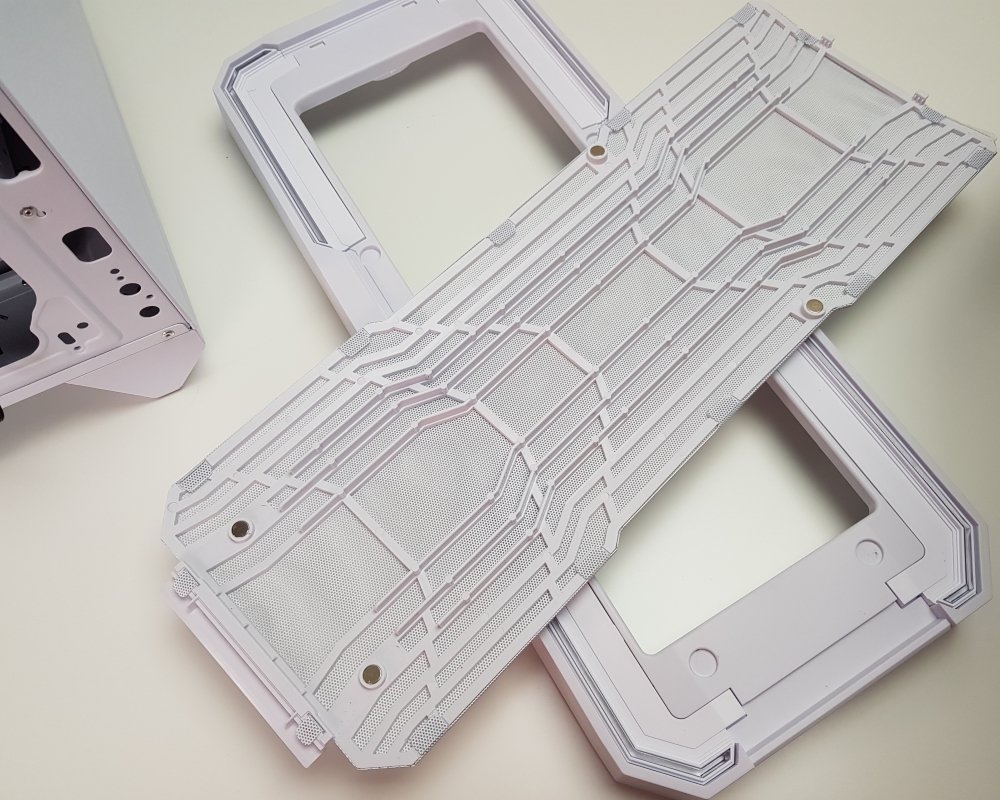 It was a really pleasurable experience building another system in the ENSO chassis. The original niggles still remain, such as the basement not accommodating the largest of PSU’s, but in this instance I had already decided to use the Bitfenix Formula, which slotted in without a hitch.

There are no fancy cable management features on the rear of the motherboard tray, but with a decent amount of clearance between that and rear side panel, you are able to zip tie all the cables together without too much bother. 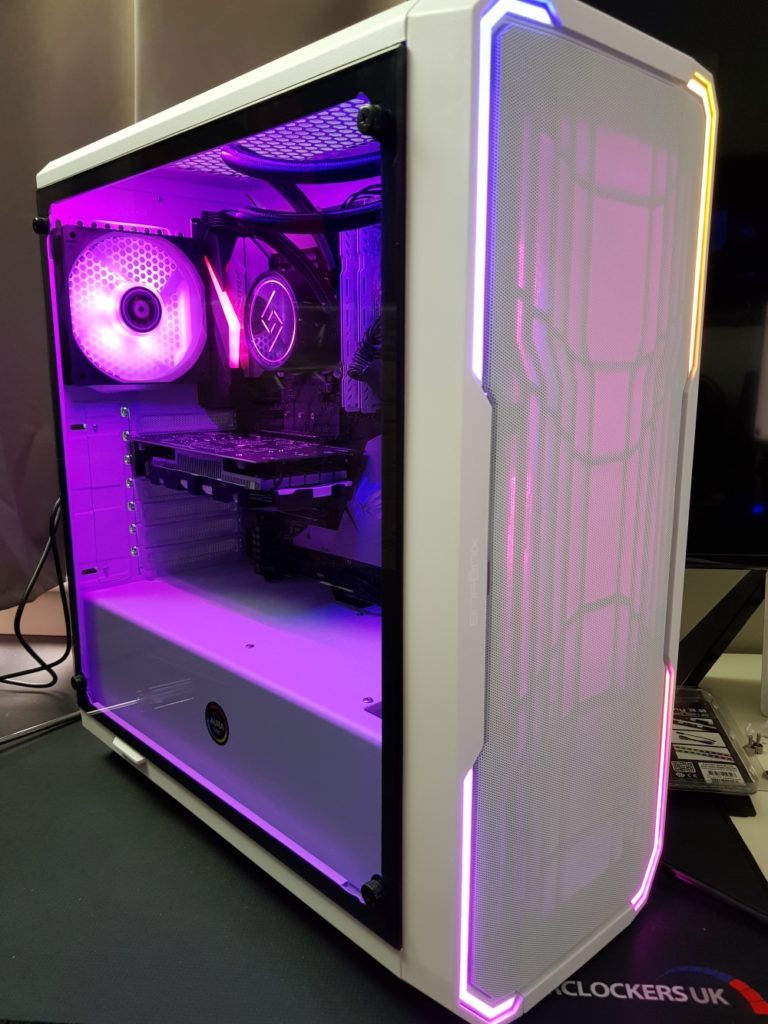 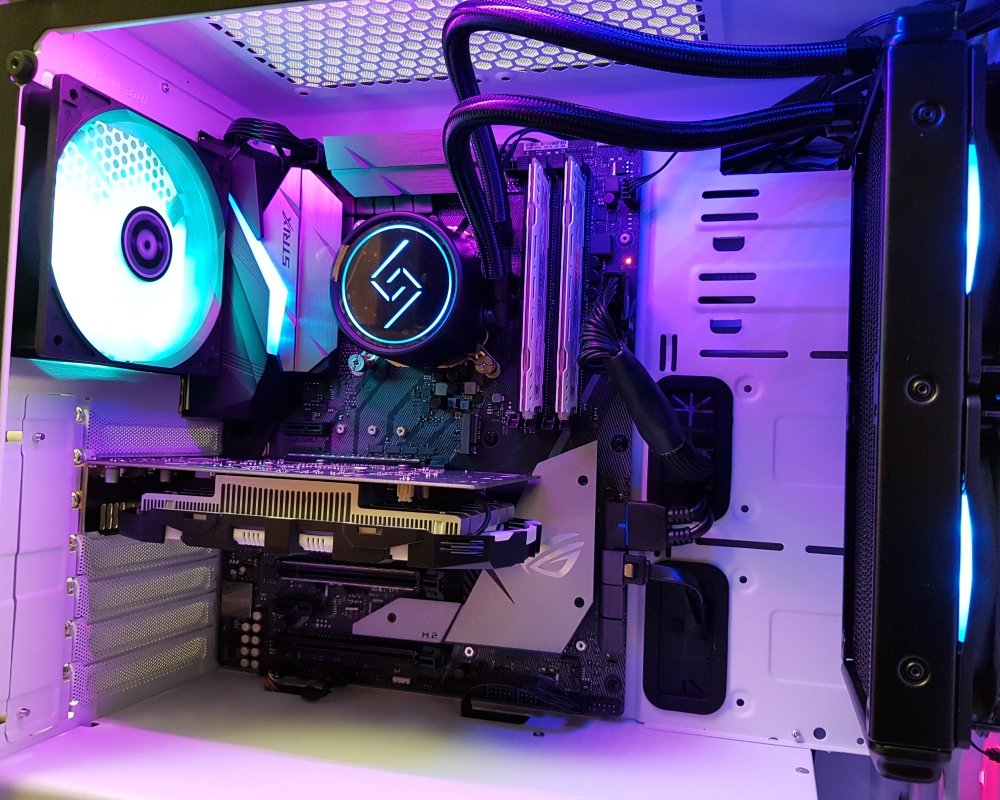 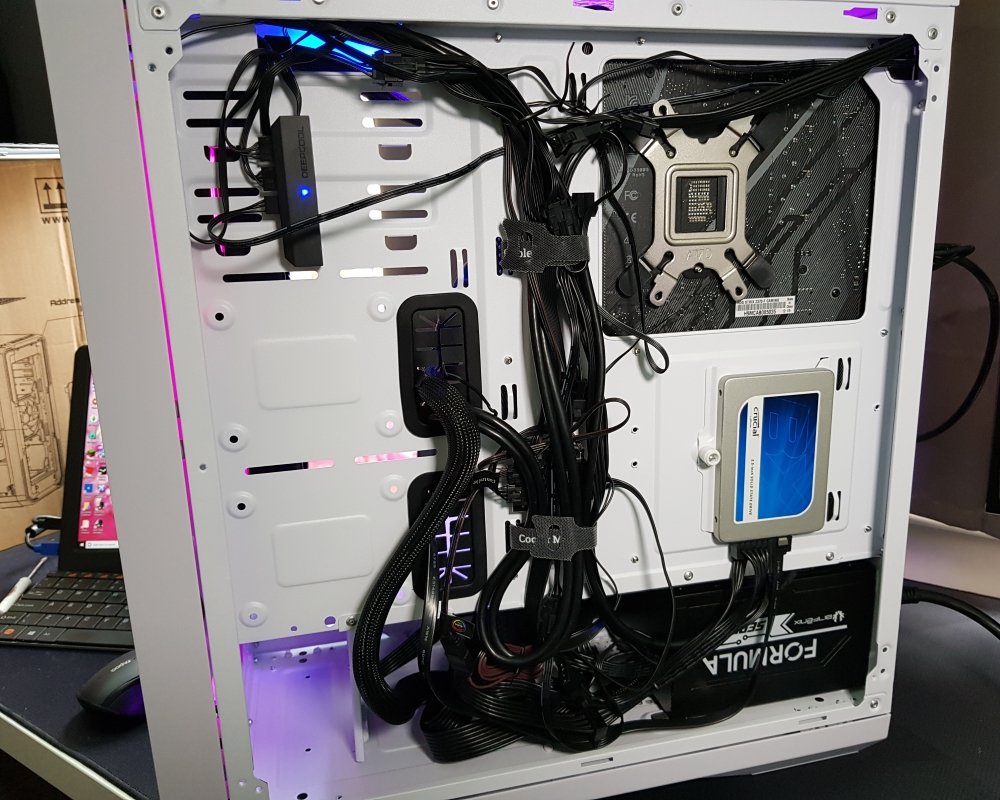 Bitfenix have taken what was already a really good case, and redesigned certain elements in order to improve upon it, and for that they should be applauded.

Not only does the redesigned front panel offer significantly more airflow into the chassis, but I think it actually enhances the appearance of the Enso also. With the already stunning addressable RGB lighting that frames the front of the case, you now get a glimpse of your RGB fans through the front grill.

The original Enso came in at a price of £79.99 here in the UK, and the RRP of the improved Enso Mesh has an RRP of just £5 more. However, at the time of writing it is reduced at Overclockers UK to just £69.95, making it over £10 cheaper than the original model. At that price, I would be hard pushed to recommend anything that is better than the Enso Mesh for the same money. 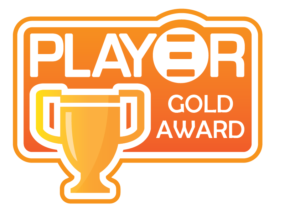 Thanks to Bitfenix for sending a sample of the Enso Mesh in for review. 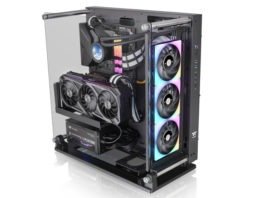 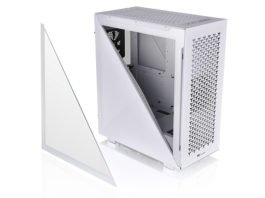 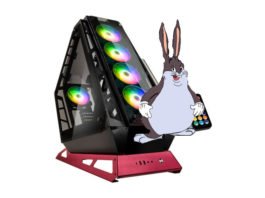