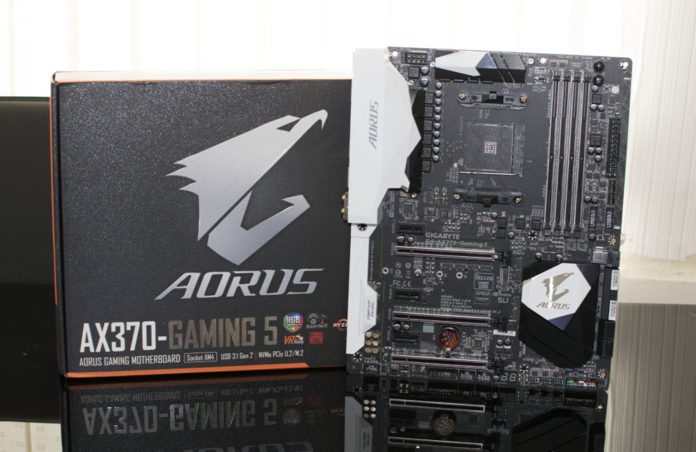 Ryzen is now officially here and if you’re planning on picking up one of the new AMD 8 core Ryzen 7 processors, you’re going to need a compatible motherboard to go with it. Following on from our pre-launch preview of the ROG X370 Crosshair VI Hero, today we are previewing the new AORUS AX370 GAMING 5 motherboard (brand of GIGABYTE) alongside the launch.

Taking a closer look at the latest AORUS motherboard on the latest AMD AM4 X370 chipset, the GAMING 5 sports a nice 10 digital power phase design which is on par with the latest top AM4 model from ASUS ROG (Crosshair VI Hero), which in my opinion, is a very good showing. The AX370 GAMING 5 also features a very nice I/O heat sink, as well as a white, gray and black contrasted MOSFET heat sink; very stylish and certainly makes this one of the best looking boards on AM4 at launch. 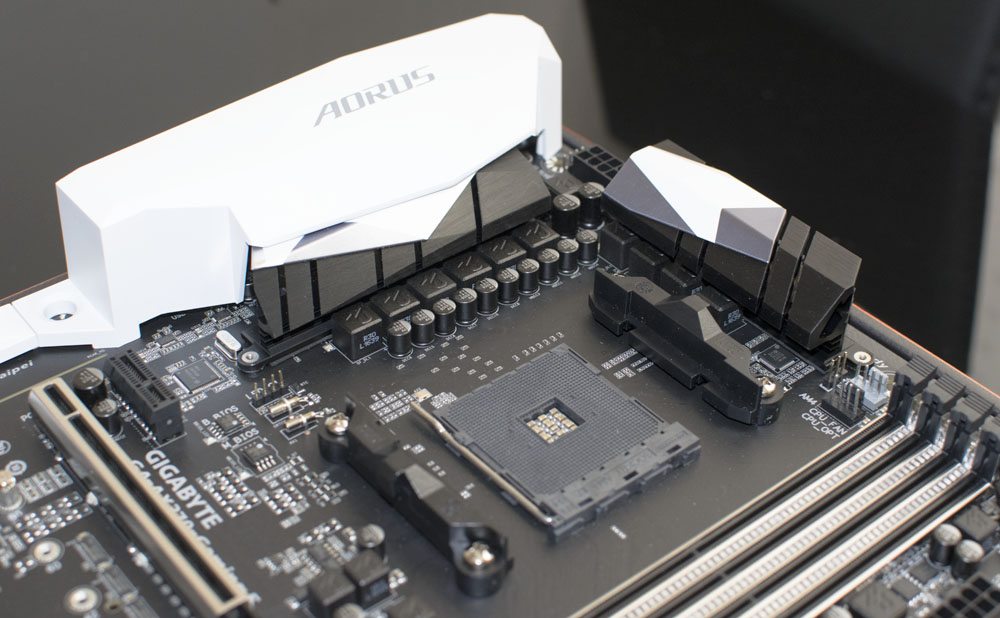 In terms of PCIe slots, the AORUS AX370 GAMING 5 has 3 x PCIe x16 slots and has support for NVIDIA SLI and AMD Crossfire graphics card configurations. The 2 top PCIe x16 slots run at x16 or x8/x8 with dual cards installed, but the 3rd slot (closest to the bottom) actually shares bandwidth with the PCIe x1 slots, so bare this in mind. The GAMING 5 also hosts a singular M.2 slot for the latest and greatest solid state drives or SSDs as they are otherwise known. 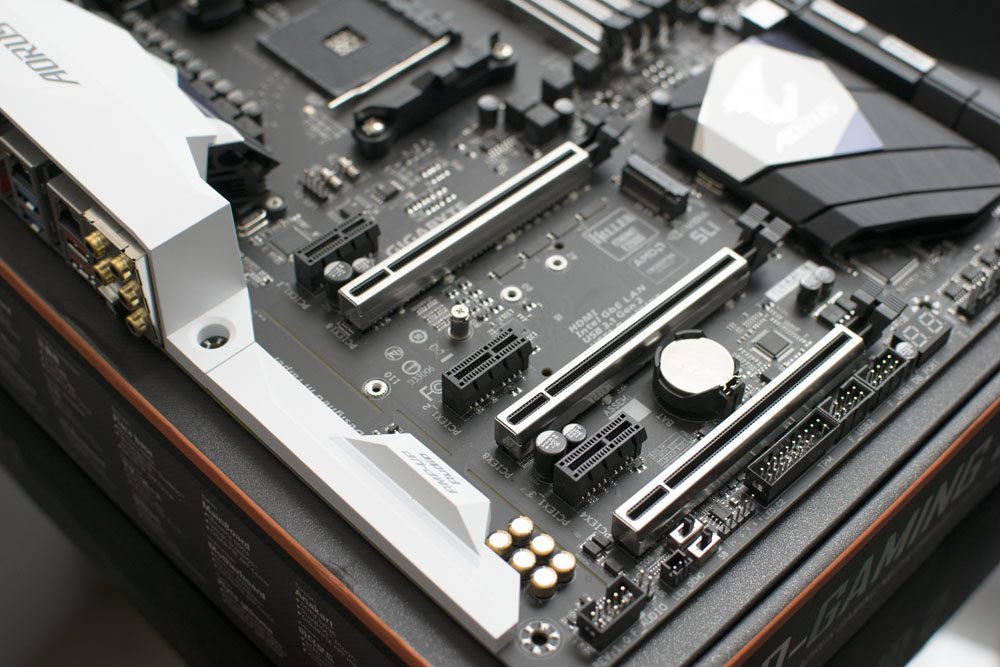 Memory speed with the new AMD Ryzen processor range has been rife with speculation over the last few weeks with some touting that the new chips will not support top rated speeds seen over on Intel motherboards. The latter seems to be semi-accurate as the AX370 GAMING 5 does have officially supported DDR4 speeds of up to 3200MHz OC; a far cry from the 4133MHz OC on Intel’s LGA 1151 motherboards. That being said, Ryzen has a lot of hype and it’s not how fast something goes, but how powerful it is at the speed it can do! Ryzen 7 processors and this board only support dual channel memory and not quad channel like found on Intel’s X99 8 core platform; does it make a huge difference, though, not really! 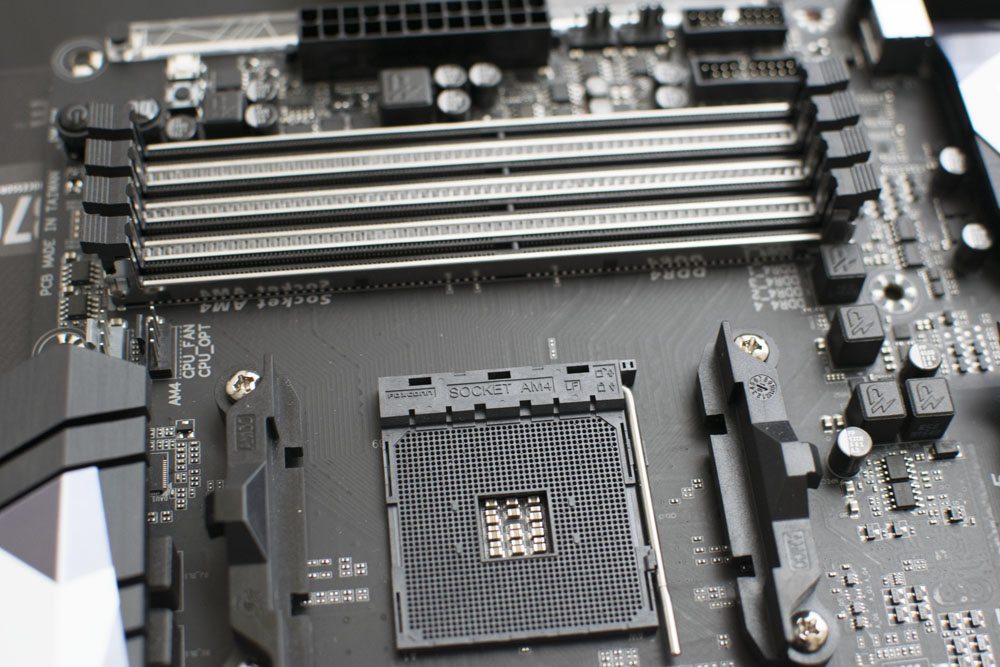 If you’re looking for a motherboard with plenty of storage options, the AORUS AX370 GAMING 5 has tons of connectivity for storage devices including 8 x SATA3 ports, 2 x SATA Express ports and a single U.2 connection. Please note that if using the U.2 port, the M.2 port becomes unavailable to use and visa versa. RAID 0/1/5 and 10 ARRAYS are supported via the SATA3 ports on this motherboard too.

On the rear I/O, we have a plethora of different connectors which includes the following:

Quite a wide variety of connectors including 2 x RJ45 ethernet ports for maximum networking capabilities. One of the ethernet ports is actually an Intel GbE LAN chip, but the other is powered by the Rivet Networks Killer E2500 chip. Unfortunately, both ports don’t support teaming with each other.

Finally, towards the top right-hand side of the motherboard, we have a power button, a reset button, and a clear CMOS button; the AORUS AX370 GAMING 5 also features dual-BIOS meaning you can switch between the main and a backup BIOS at will. Make sure your system is powered down first though as you don’t want to corrupt or potentially damage the board. 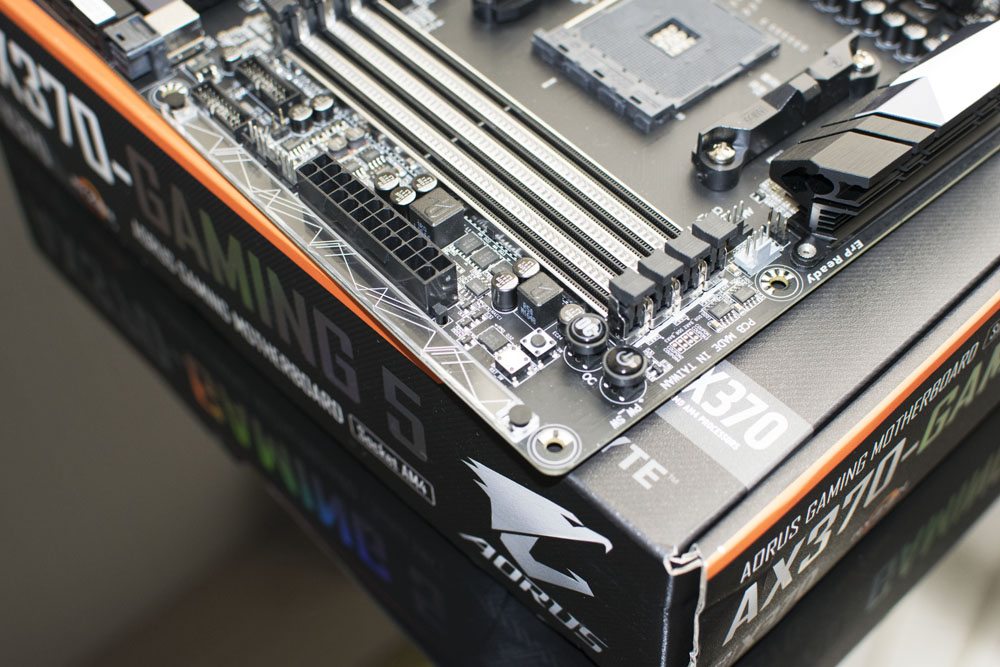 The AORUS AX370 GAMING 5 not only looks like a solid option for consumers, enthusiasts and early adopters to make the most from their AMD Ryzen 7 CPUs, but it looks to be one of the most feature-packed motherboards on the AM4 platform at launch. With RGB backlighting and many other features, for £204.95 at Overclockers UK, it looks to be the bargain of the chipset.

Gavin Bonshor - Aug 16, 2016 1
Looking for a gorgeous high end Z170 motherboard with lots of features and has RGB lighting built in? The ASUS Z170 Maximus VIII Formula ticks all those boxes and more. Read more to find out why...
Go to mobile version
%d bloggers like this: