Hey everyone, we have a review steaming in straight from a launch. ROCCAT are a very well regarded peripheral manufacturer with a rich history of gaming devices from budget to premium. Their ongoing acquisition by Turtle Beach doesn’t seem to have affected their launch schedule. The ROCCAT NOZ Gaming Headset landed last week and we are eager to see how their latest mid-range headset handles itself. 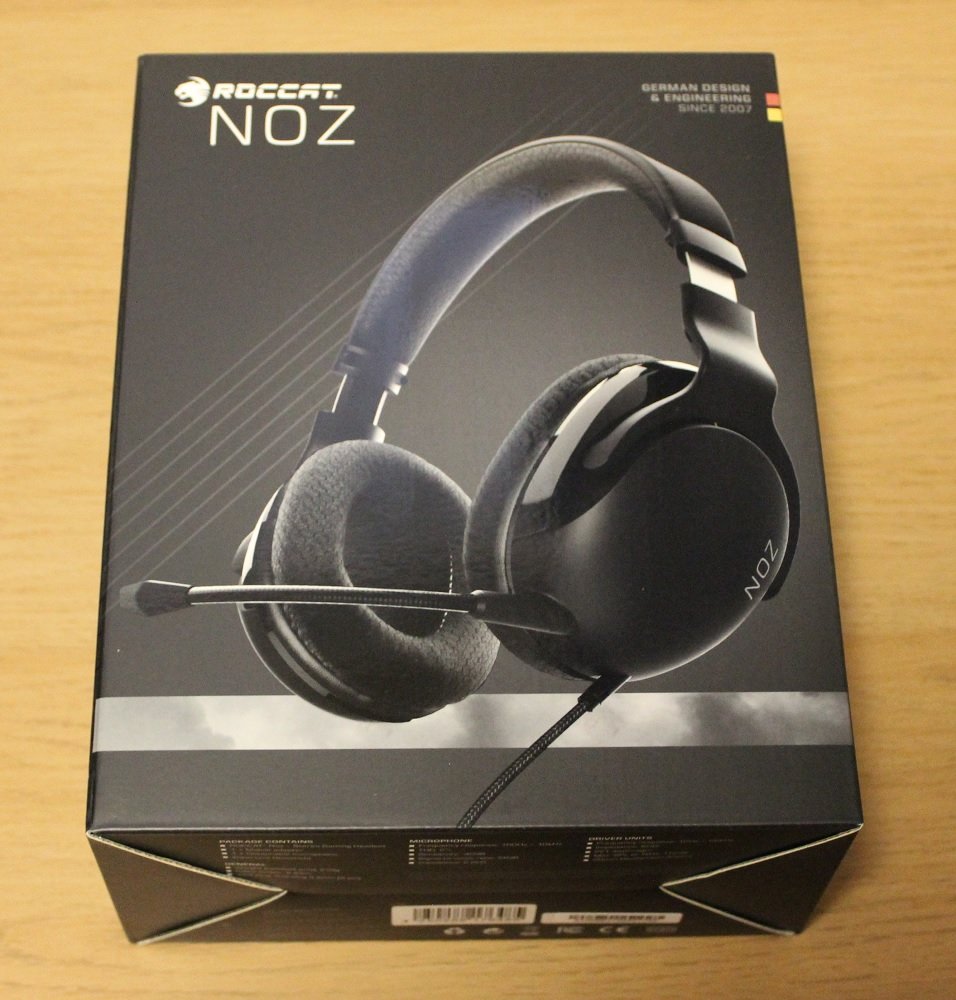 Arriving in a typical style of box, the ROCCAT NOZ is represented with a large image on the front with a nod to their German heritage in the corner. 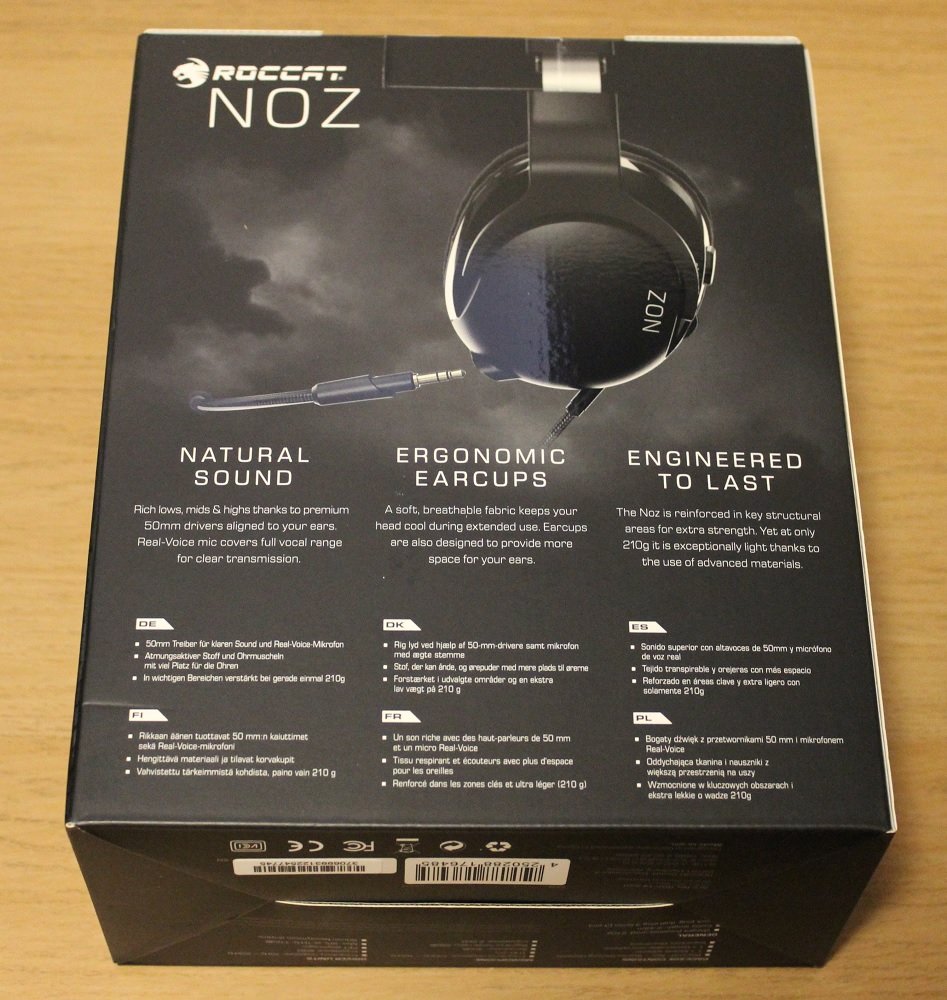 The back of the box gives us another image with more details. We also get some small write-ups in different languages. 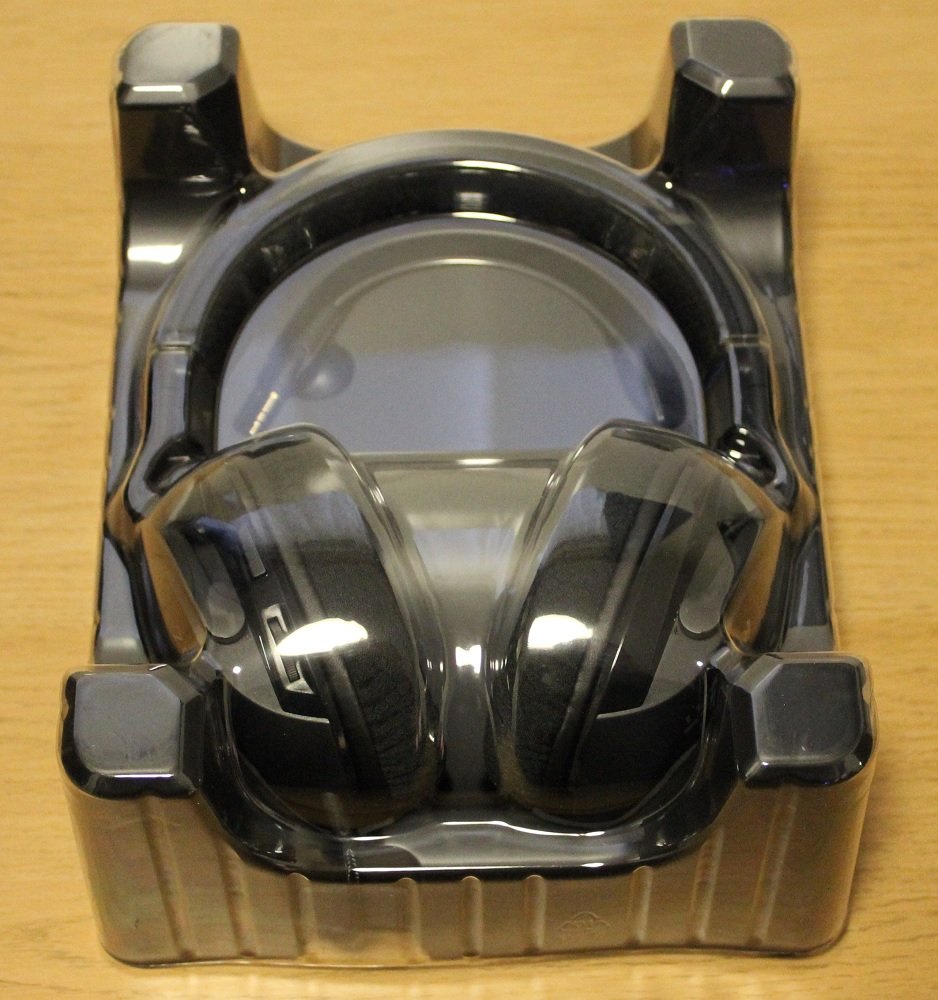 Time for another reminder to manufacturers to not do this, this kind of plastic packaging is unnecessary. We can start to use eggbox style pressed paper which will offer plenty of protection especially inside a rigid box. 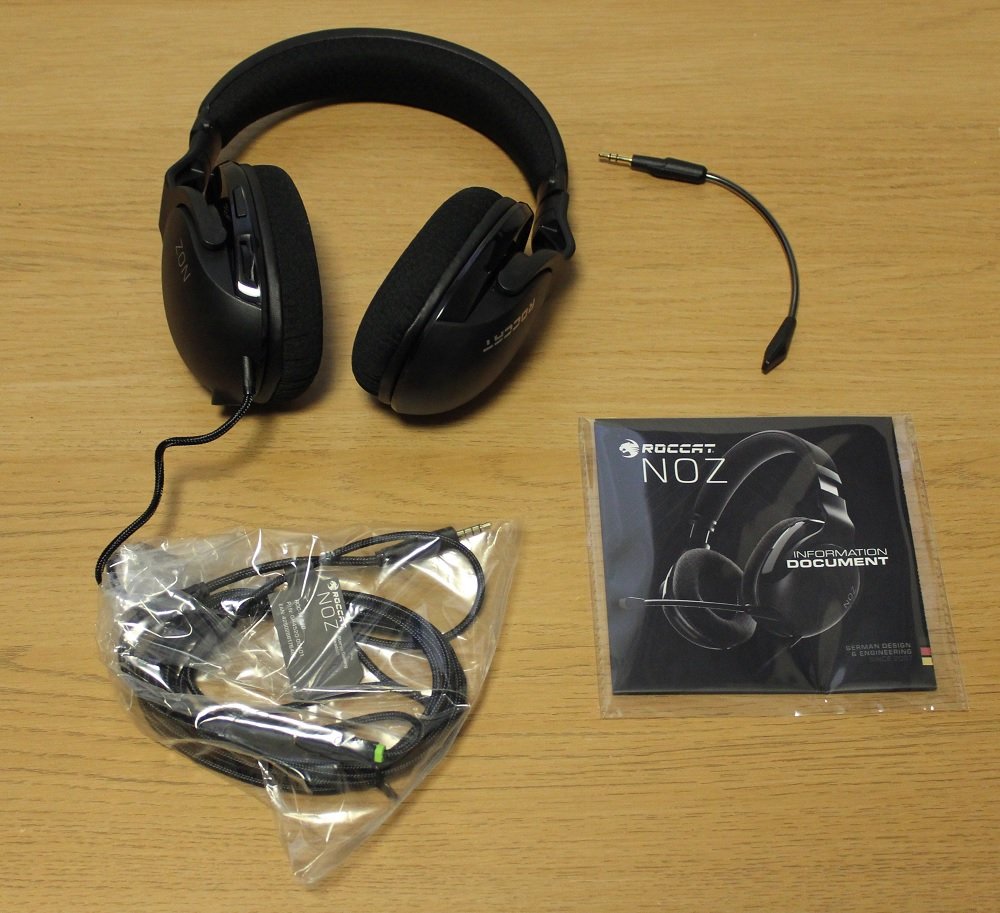 Contents are fairly minimal, we have the headset with the cable wrapped in a separate plastic bag, the removable microphone and a manual sealed in even more plastic. 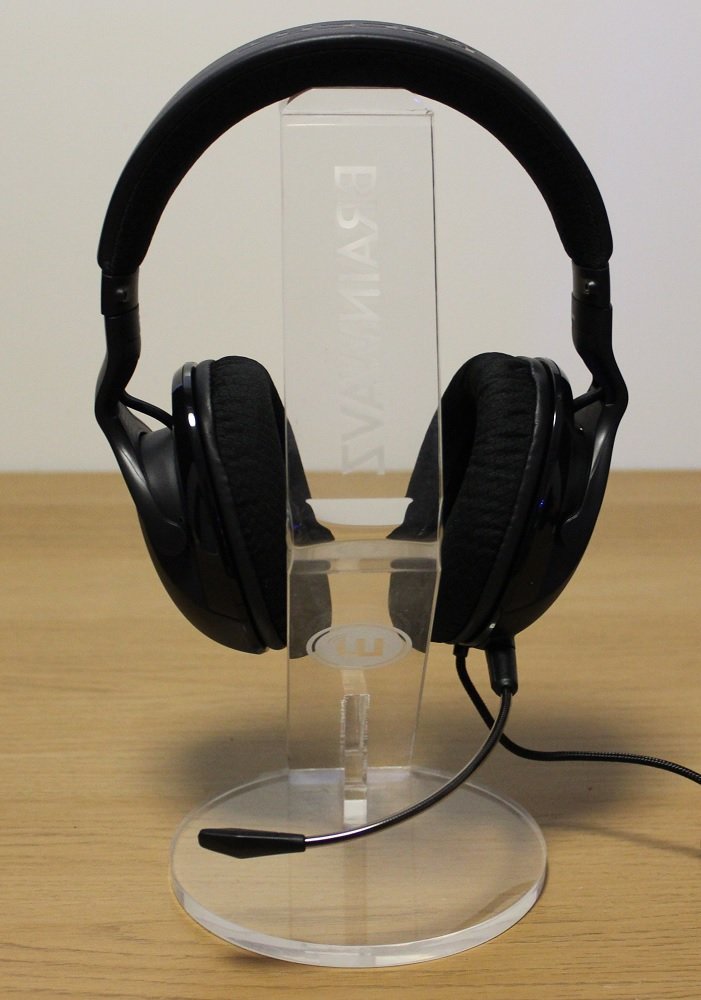 From the front the NOZ looks pleasantly understated, a mix of glossy and matte black with no RGB or bright attachments. The headset isn’t huge and the lack of bulk making this quite portable. 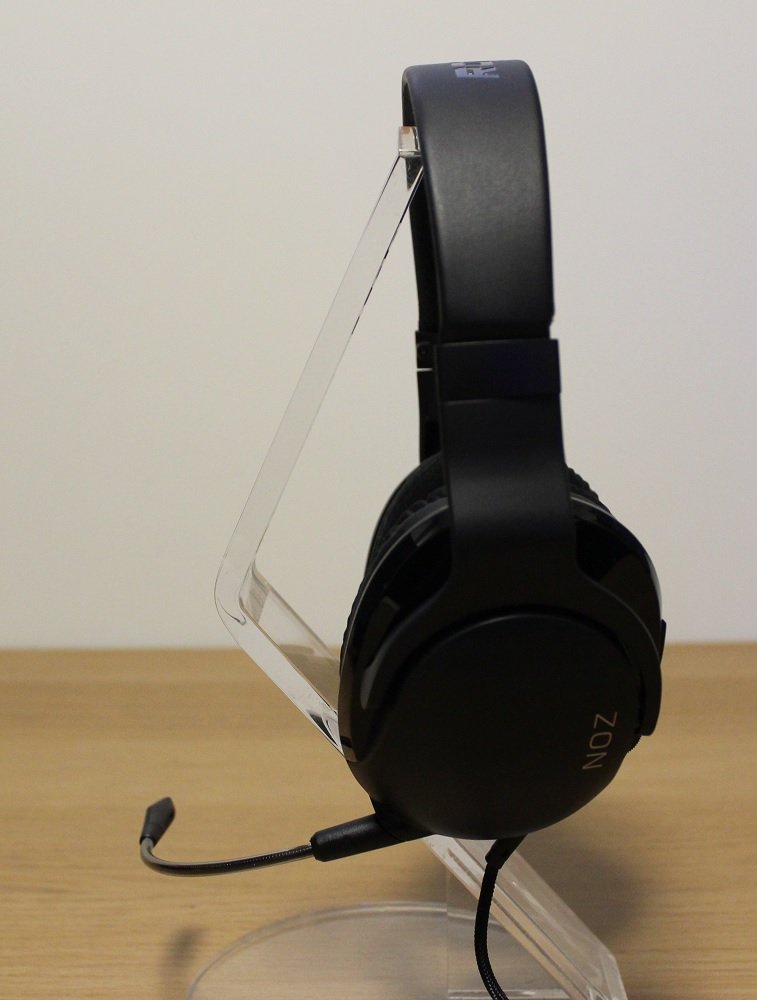 The understated theme continues on the left hand side with NOZ being the only branding here. The removable microphone can be easily positioned for optimum pickup. 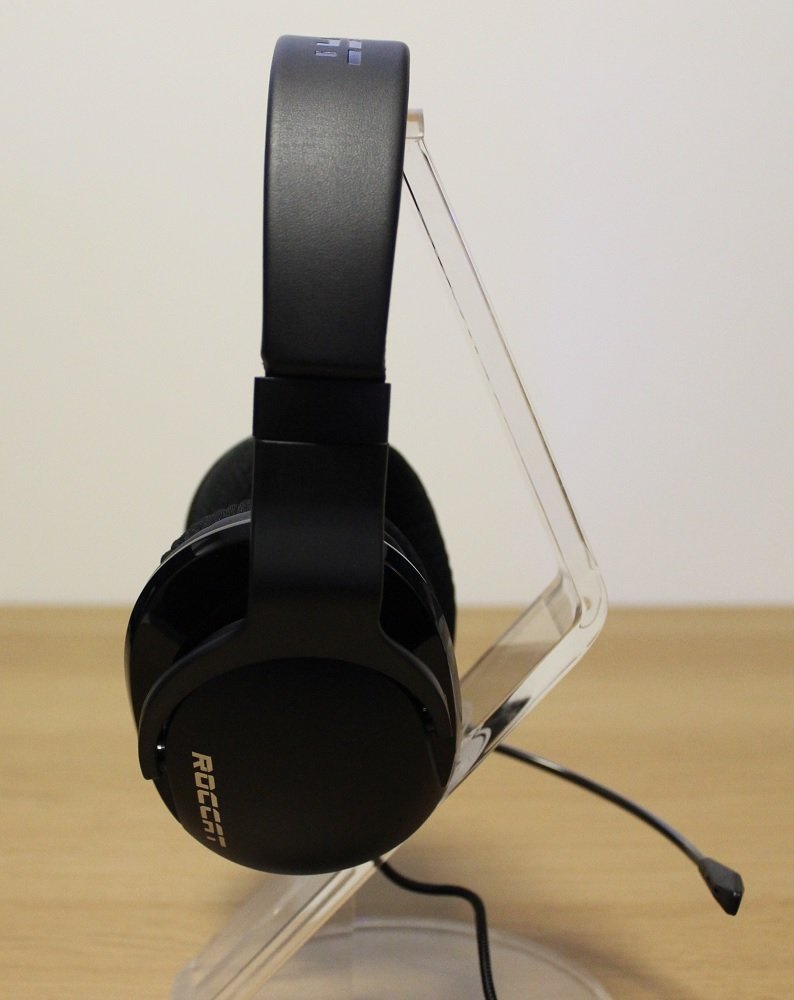 On the right hand side we get a ROCCAT logo and that’s about it. 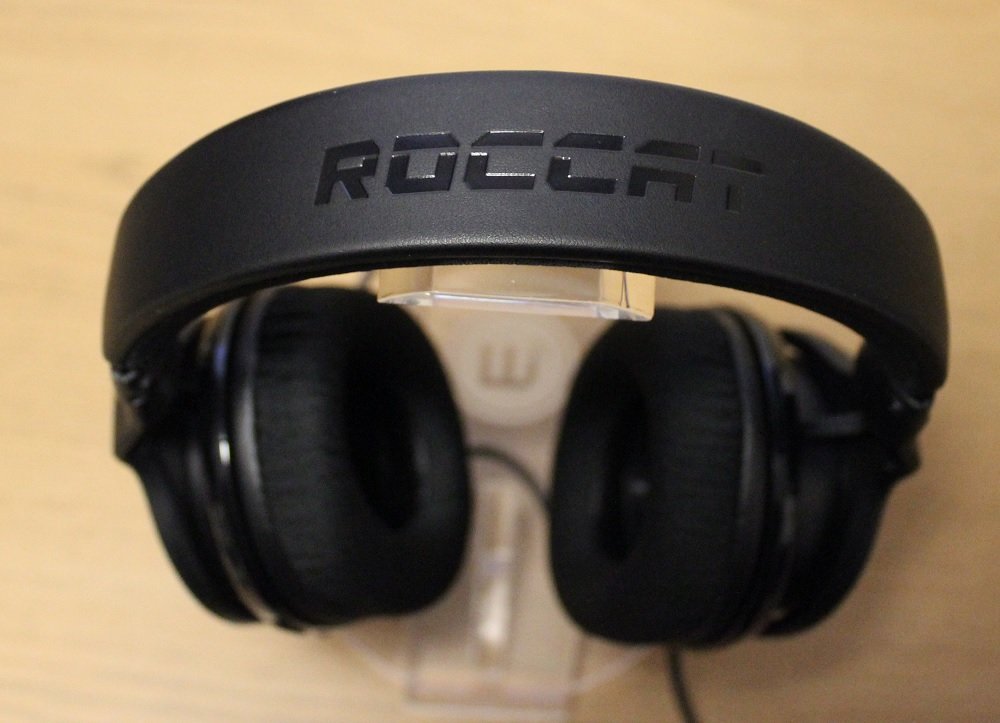 Top view gives us a ROCCAT logo stamped into the headband which is a soft-to-the-touch cushiony plastic. 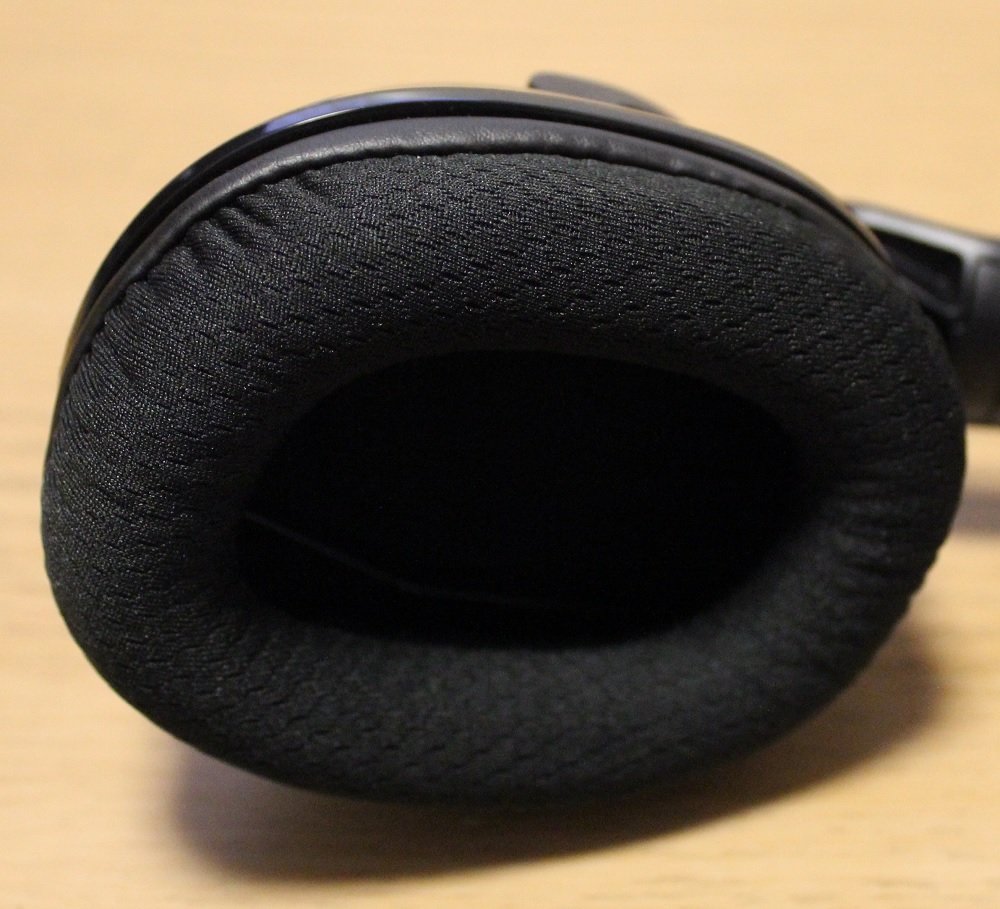 Cushioning on the earpiece is quite soft and not especially thick although there is enough padding to ensure the frame doesn’t touch your head. 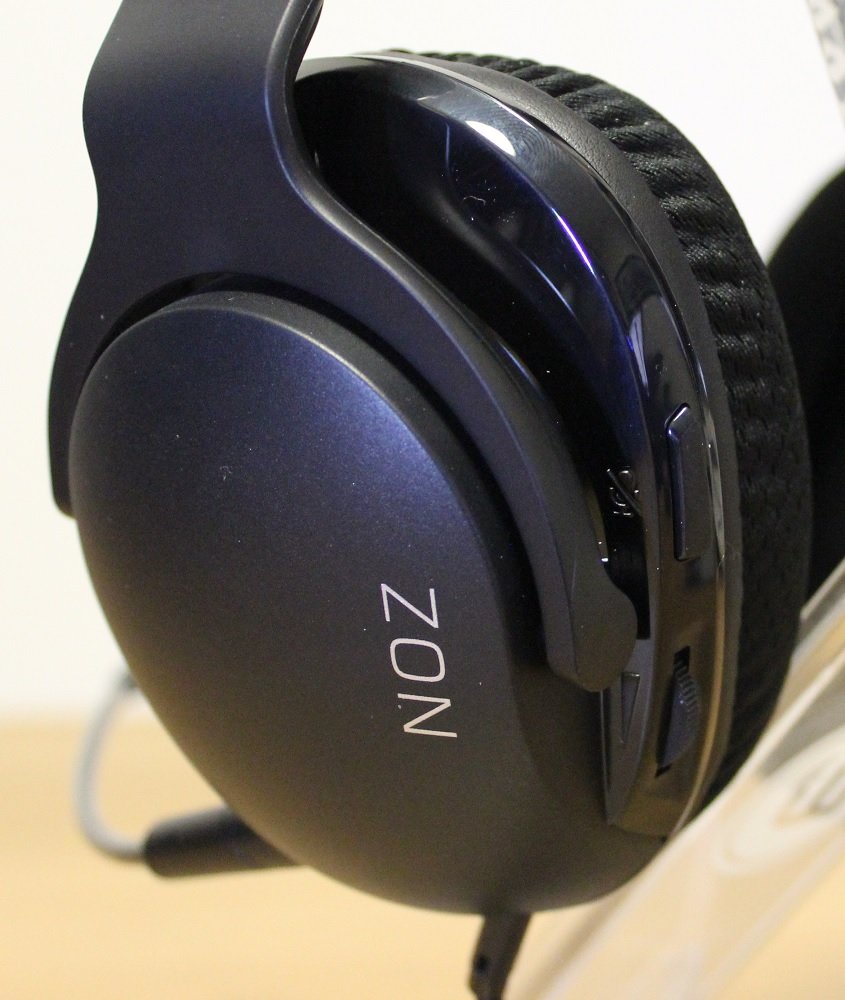 Instead of having in-line volume and microphone controls the NOZ puts these on the left earcup. They are easy to locate and use without looking. 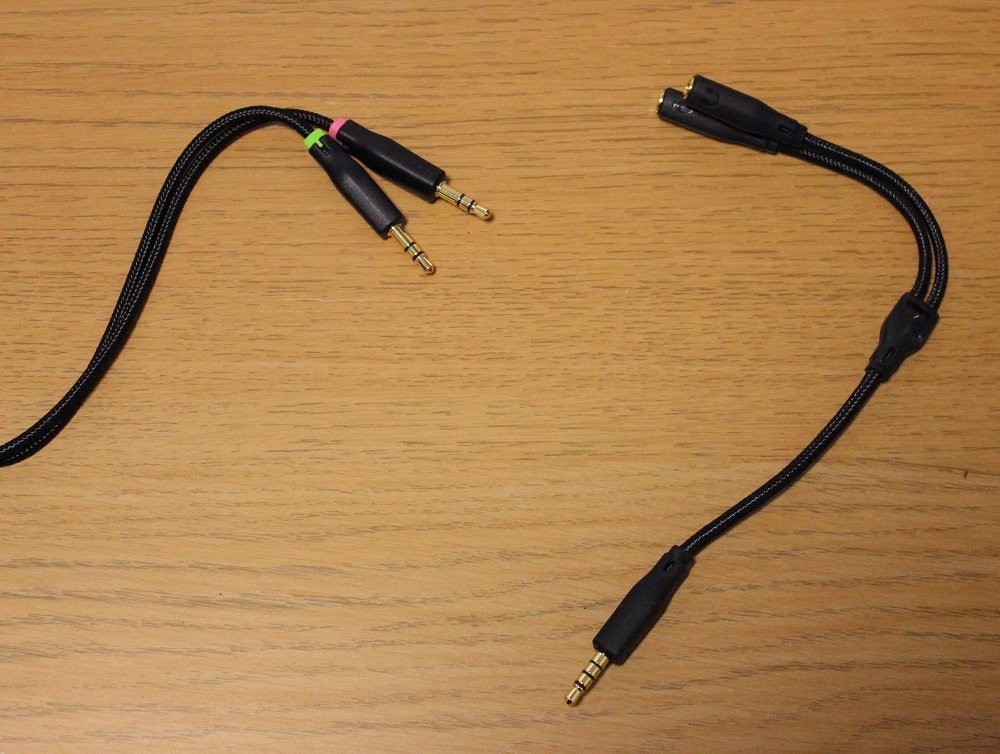 The connectors included on the ample braided cable are gold plated and an extra attachment features to allow connection to a phone or similar. There is no in-line microphone for phone use on the go so full headset mode will need to be used if you want to take calls with it. 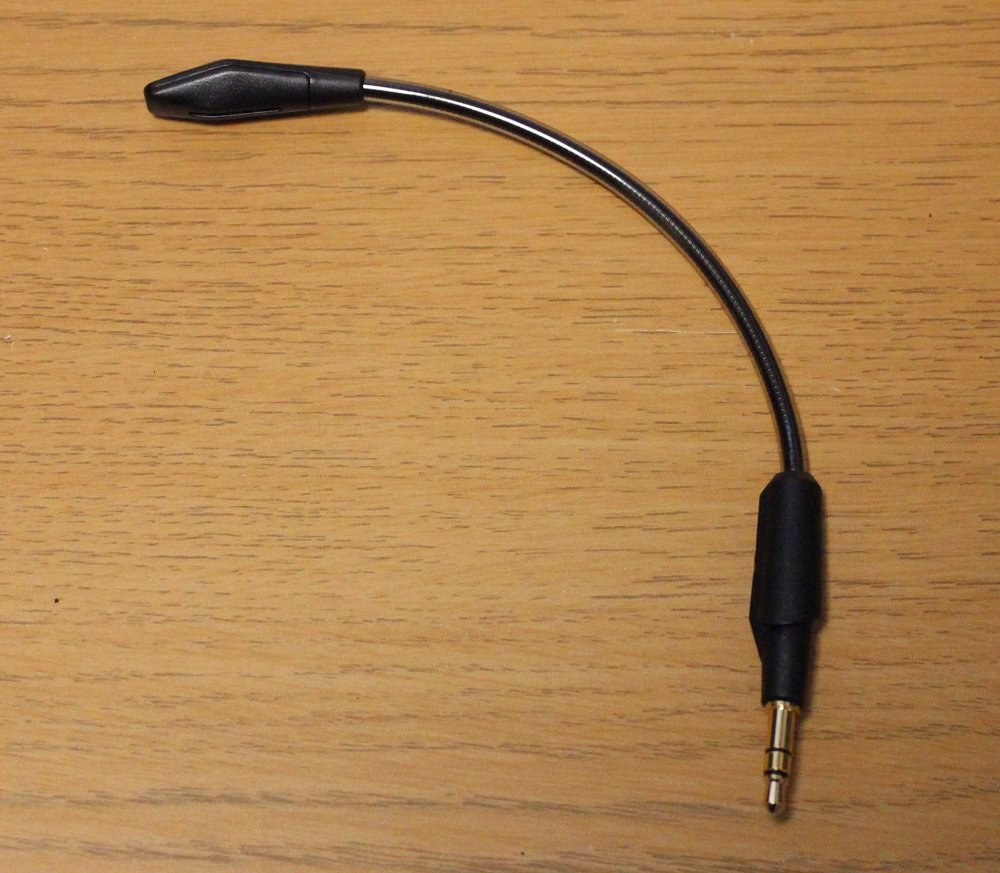 The removable microphone has a standard jack at the end however its connector and receptacle on the headset have a non standard shape so you likely won’t be able to use third party microphones.

Right enough with the pictures – on to testing.

Well, I have had a few days with the NOZ and have put it through its paces. The build quality feels quite solid however to keep the headset light the driver enclosures are hollow which can cheapen the feel of a headset. Comfort is very good, almost on a par with my Fnatic Duel, the padding on the headband and ear cups is very well done and doesn’t get sweaty like p-leather can. The styling of the NOZ is pleasantly understated not shoehorning any effects such as RGB is preferable for many.

Music playback is much better than I expected especially with hollow casings. Going through some of my favourite tunes for testing I found the range offered to be exceptional, low and deep bass is evident without being overpowering, the only slight downside would be the bias towards vocals over mid-range which took a little getting used to. Some EQ on your sound source may be necessary. Overall the 50mm drivers offer a pleasant experience.

Gaming playback brings the vocal bias into play again sometimes at the expense of in-game effects. Positional audio in titles such as Counterstrike Global Offensive are accurate and on a par with other sets at this price point. Overall the sound was good again, with some EQ required to help balance things out as the out of box experience was not quite to my own taste. Microphone quality was inferior to some other competing sets, noted by 6 different people on Discord and having a strange receptacle shape means it could be difficult to replace it with another better unit.

Not a bad offering from ROCCAT here, priced at around £60 at the time of writing this headset is not yet widely available but should hit most stores over the coming week or two (or as you read this). The styling and comfort are excellent, the lightweight build while feeling hollow in places is actually quite sturdy, the padding on the headband and ear cups is very good. Audio wise, the microphone does let the headset down a little but the 50mm earphone drivers have a great range available even if they do require a little EQ to get the best out of them. Comfort is brilliant and I could wear these for long periods.

I am happy to award the ROCCAT NOZ a Silver Award due to the well executed style, comfort and audio playback, an improved microphone would elevate this headset to beat the competition. 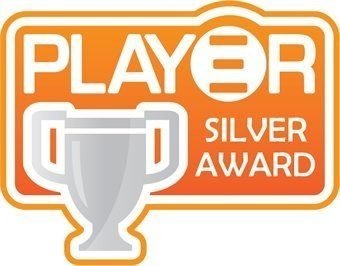 Thanks to ROCCAT for sending a sample of the NOZ Gaming Headset in for review.

Dave McMahon - Apr 3, 2018 0
Today we take a closer look at two of the recently launched Arctis Pro headsets from SteelSeries…the brand-new Pro +GameDAC and the Pro Wireless.
Go to mobile version
%d bloggers like this: