If you have any health concerns that stop you from sitting comfortably for prolonged periods, or if you’re simply trying to be more healthy, then you might want to take note of today’s review. The Comhar EW8 All-in-One Standing Desk is more than just a desk that moves at the push of a button, but does that mean it’s the next step in office furniture or do some of the design choices set it behind a simple, stationary desk? Read on to see what I discovered after a couple of months of using the EW8, starting with the specs. 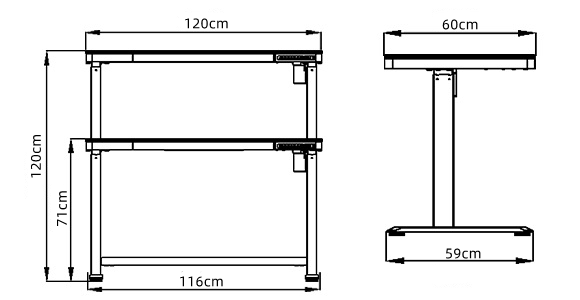 Added features and functionality of this desk are:
– Built-in drawer with approximate internal dimensions of 660 x 310 x 40mm. Plenty of space for files, folders and other general items that might otherwise clog up your workspace.
– Electric powered height adjustment,
– Fine motor control with digital display: long-press for continuous raising or lowering then short-press for 1mm at a time,
– 4 memory settings, return to a pre chosen height with a single button,
– Child lock, avoid accidental adjustment
– Built-in powered USB charging ports, 2x Type A and 1x Type C,
– Collision detection, avoid crushing objects below the desk,

Due to limited space I wasn’t able to set up a camera to take you through the assembly experience with me, and after opening the box I was glad I didn’t because it would have taken longer to set up the tripod and find an angle that worked than it did to put the desk together. The process was so quick and straightforward that a toddler could probably have completed it, if we ignore the size and weight of course. My point is that it was quick and easy – so quick in fact that I was done before my coffee was cool enough to drink.

The desk arrived in 4 main pieces: the desktop which is pre-fitted to the metal frame, a lifting/leg assembly and 2 feet. It all goes together with a total of 16 hex-key bolts like other well-known flat-packed furniture, and there’s not even any trim or padding parts that need to be added aside from the cable support which ideally you want to keep away from your feet and close to a power socket. Here’s Flexispot’s install guide from YouTube and you’ll see just how easy it was.

It’s clear that a lot of development went into this product, but I’m not sure that there was a lot of collaboration with those who might use it during that development. Take the USB charging points for example, there’s 3 in total but most users might only need to charge their phone and one other gadget, maybe a smartwatch or something like that, leaving one socket unused. That USB port could be exceptionally useful if it was connected to a PC, especially if it means not crouching to the floor from standing position every time you wanted to change a flash drive or maybe use it for an external disk drive that’s conveniently on your desk. Unfortunately there’s no such option, even though powered USB hubs have been a thing for decades now the desk only provides power without any data option. I feel this is a missed opportunity and something that Flexispot should consider for future revisions. Another concern I has was when I tried to attach my monitor stand, since most of the height of the desk is taken up by the metal frame the wooden (chipboard) part is only around 1cm thick. I wasn’t confident that this would support the weight of 2 monitors on its own but I couldn’t use the clamp because the rear metal edge just wasn’t wide enough to attach the clamp securely. In the end I just had to drill a hole through the desktop close enough to the edge to make sure that the weight was supported by the metal frame and not only the desktop board. I’ve not had any problems and there’s no noticeable warping so it must be working properly but I imagine there will be a lot of people who are unwilling to take a drill to their expensive brand new furniture, which could obviously risk the warranty.

I know we’re starting on negative points, which is quite unusual for me, but let’s continue with another negative, the bar that stops you putting your feet where they want to go! When you consider how a standing desk works it’s easy to see that there would be some wobble caused by the top and bottom section not being permanently attached to each other, and in Flexispot’s defence they seem to have minimised that wobble to a remarkable degree, but I can’t understand why they would have the crossbar that joins with the feet right in the middle of the footwell. It’s a really inconvenient placement since you can’t tuck your chair under the desk when it’s not in use eg. when you’re standing, but you also can’t tuck a standard Ikea Alex pedestal under the desk without 8 inches poking out. It’s also really challenging to get the seated ergonomics right, especially if you use a footrest, since there’s not enough room for the footrest to sit under the desk properly which pushes it, and you, further away from the desk. It could have been easily fixed by setting that crossbar further back or changing it’s shape so it wasn’t going to interfere with seated use.

By now you might think that I hated my time with the EW8, and it’s fair to say this is the longest adjustment period I’ve needed when swapping desks, but it’s also fair to say this isn’t just a desk, at least not in the traditional sense. By far, the most adjustment has been in terms of forcing myself not to be too tired or too damn lazy and standing while I go through my email, play games or just at the end of the night while procrastinating and not going to bed. You’re not just swapping out a work surface, you’re trying to change the way you work, and the way you play, and that takes time and commitment. I’m never going to have the physique I had in my 20’s since age and poor health has stopped my from cycling but I can get the step machine out and climb stairs while kicking arse in Tamriel or playing Human Fall Flat with my kids and I can stand and move while I write an article or reply to an email. In the interest of full transparency, whenever we receive a product to test that is either dead on arrival or fails during testing, we will report that to the company and usually get a replacement without mentioning it in the review. That is simply because wherever you live, if something you buy doesn’t work or quickly fails you have (hopefully) got robust consumer protection laws that force the seller and/or manufacturer to resolve the problem either by way of refund, repair or replacement. As a result we don’t feel that we are getting special treatment when faults are fixed.
I’m mentioning this because there is a fault with my sample, but being a desk it’s a bit more challenging to box it back up and pop to the Post Office. In all likelihood, the replacement part would be fine and there’s no cause for concern but until I know that for a fact I can’t just ignore the problem.

So, what is the issue and how bad could it be? The problem concerns the USB C charging port and the amount of power that it supplies. When testing the Type A ports I was getting around 15w to charge my phone, but the Type C port would max out at 5-6w and regularly dip to only 2.5w along with pop-up warnings on the phone to check the cables are connected properly. I’ve also noticed the socket sparking when I plug in my Bluetooth headset. Flexispot are aware of my problem and I’m speaking to their team to try to identify the cause and a resolution. In theory a slower-than-expected charging port isn’t a problem so long as you are aware but the occasional sparks have be a bit concerned about what I’m plugging in to the socket. As soon as there’s an update I’ll revise this section because I’d rather like to know how much power should be coming from that socket.

So now we’ve gone through most of the aspects of owning the Flexispot Comhar EW8 All-in-One Standing Desk, if you can live with the drawbacks is it worth buying it? If we judge value against Flexispot’s competitors, then Ikea’s Uppspel Gaming Desk is similar enough in features, though it has fewer USB charging ports and no drawer it also doesn’t have the problematic crossbar which may or may not mean more wobble when it’s extended. Ikea’s offering costs £550 whereas the Flexispot EW8 will only set you back £429. That’s a massive £120 difference for an arguably more stylish desk with more features. It’s a no-brainer, so long as you’re happy with the compromises. And that’s before we talk about offers and discounts… Right now (7-9th September 2022) Flexispot are celebrating their Tech Day 6th anniversary and they’re dropping prices across a whole heap of desks. Their EG8 for example – a tempered glass version of the EW8 – is on offer for £349 instead of £449, and the EW8 I tested has an additional £60 off coupon dropping the price to £369. In addition to these and other savings, there’s also prizes to be won so head on over and let us know if you were one of the winners. All things considered, I can certainly recommend the Flexispot Comhar EW8 All-in-One Standing Desk for the value and features that it has in abundance. The desk is sleek and inobtrusive, well built, has good stability even at maximum height but it’s not without it’s compromises. 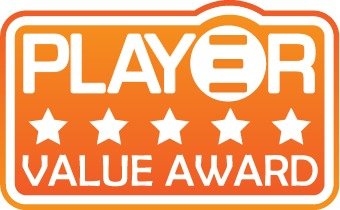 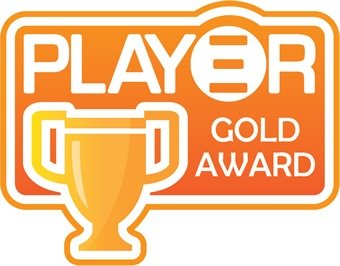