BitFenix is a well-known manufacturer of PC cases, power supplies, fans and accessories. Their biggest goal is to create hardware that functions as an extension of one’s self so that the individual does not have to adapt to the hardware but instead the hardware functions and an extension of their will. BitFenix is also known for innovation and game-changing designs. Most recently, their Pandora PC case was turning heads thanks to its unique design and the fact that it came with the BitFenix ICON which is a fully programmable display that allows users to show custom images on the front of the case via the inbuilt LCD screen. The fun doesn’t stop there though, BitFenix is always releasing new cases such as the Prodigy M Color, Outlaw, NEOS and Colossus M. 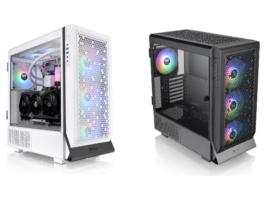